When pressed about climate change, the Trump administration falls back on a familiar defense: the United States has a good record of reducing emissions relative to other countries, which proves, in the administration’s view, that a laissez-faire approach can deliver reductions and that there is no need for more aggressive and heavy-handed policies. In some respects, this is true, although much depends on what timeline one uses for comparing the United States to other countries and also whether one looks at raw data or adjusted for population or GDP.

Regardless, there is no doubt that the United States has sharply reduced energy-related CO2 emissions—by roughly 14 percent between 2005 and 2019. Yet the most recent data released by the U.S. Energy Information Administration for 2019 highlight a worrying reality: the United States is no longer reducing emissions. CO2 emissions fell in 2019, but they’re still higher than they were in 2017—and remain unchanged versus 2016. From 2016 to 2019, emissions have fallen by 0.6 percent, which is hardly a record to boast about (in the United Kingdom, the equivalent number was closer to 9 percent).

The problem in the United States is overall energy consumption. The carbon intensity of primary energy continues to fall as the country uses less coal, more gas, and more renewables. But overall energy use has risen. Some of that increase is due to weather: 2018 and 2019 were colder than 2016 and 2017, and this led to a 4.3 percent spike in energy use in buildings from 2017 to 2019. But there is also a structural dynamic. Industrial energy use rose by 5.2 percent between 2012 and 2019 (2012 being the low point for energy consumption). Energy use in transportation also jumped 8.3 percent versus 2012. 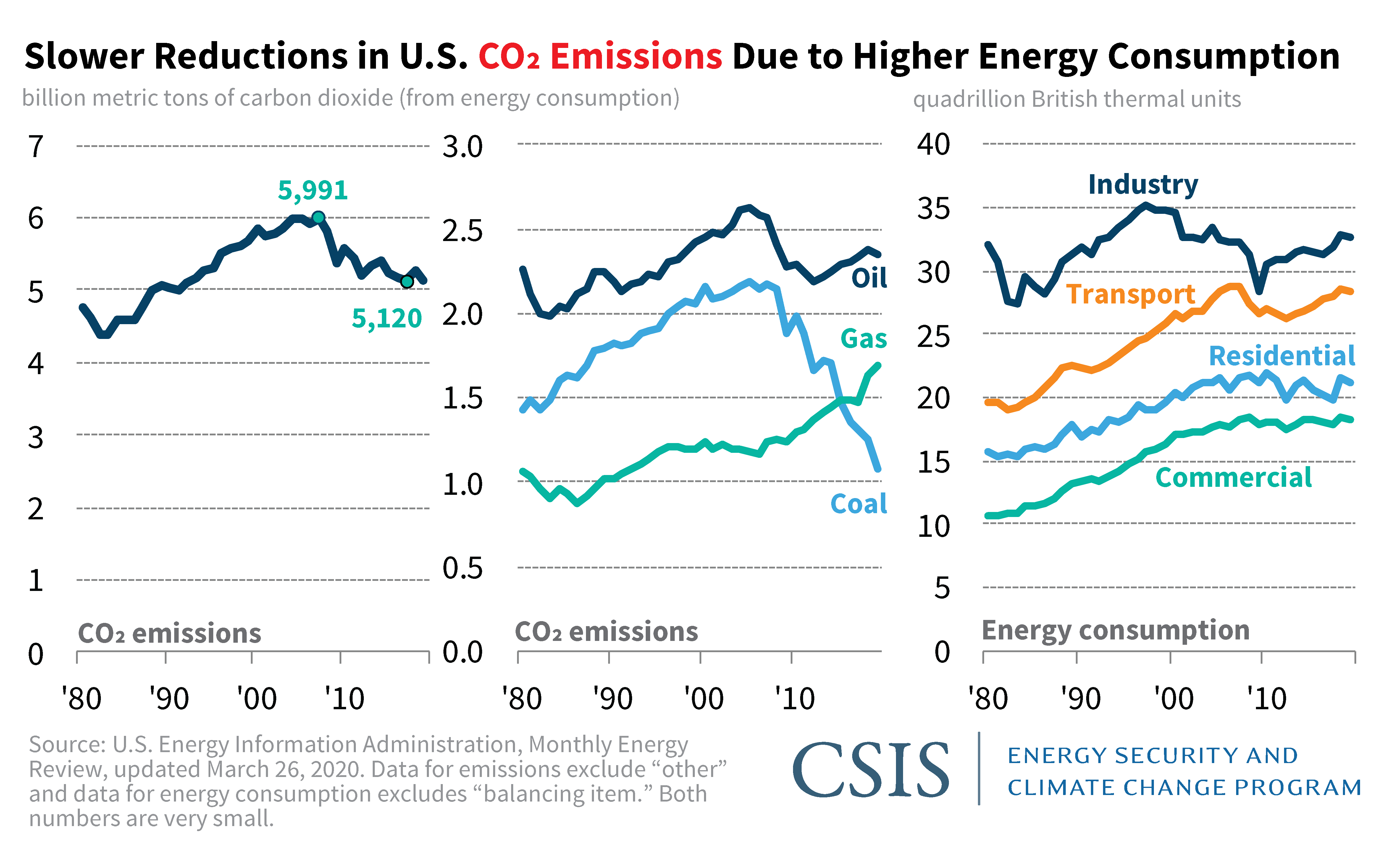