The past decade has seen a noteworthy improvement in socioeconomic conditions across Africa. This has led to various references to a continent on the rise and the growth of a formidable middle class. Though these trends are encouraging, the continent still records unacceptable levels of poverty and inequality. It is evident that African countries need stronger institutions; greater engagement by citizens in the democratic process; more human and infrastructure investment; an increase in capital inflows; and a collective effort by state and nonstate actors to consistently advance inclusive governance. The importance of inclusive governance has placed a tremendous responsibility on civil society and governments to work in partnership toward sustainable prosperity. This has become even more crucial as civil society faces increased attacks on its operations and spaces for engagement, undermining democracy and development.

In recent years, there has been increased recognition of the role that civil society can play as a partner with governments and the private sector in delivering development dividends for citizens. This potential role has been acknowledged by various reports and declarations from the African Union, Southern African Development Community, Economic Community of West African States, African Development Bank, other regional and intergovernmental organizations, as well as in various government policy documents within the continent.

The 2030 United Nations Agenda for Sustainable Development highlights the important role of active citizens and groups in achieving the aspired inclusive development. Goal 16 seeks to promote peaceful and inclusive societies for sustainable development; provide access to justice for all; and build effective, accountable, and inclusive institutions at all levels. Also, Goal 17 seeks to strengthen the means of implementation; revitalize the global partnership for development; and emphasize the need for active citizenry. Citizens are being tasked to directly participate in the planning, implementation, follow-up, and accountability of both goals.

As enshrined in the International Covenant on Economic, Cultural and Social Rights (ICESCR), states must show commitment and political will to involve citizens in decisionmaking, improve services to citizens, and provide support for the pursuit of citizens’ aspirations and welfare. The challenge has always been translating these statements, principles, conventions, and protocols into meaningful improvements in governance and service provision. Given the magnitude of the task, the state cannot do it alone. Governments need competent partners outside their sphere of influence who will help create applicable public policies and implement effective interventions for their citizens. In this process, a unique role can be attributed to civil society either in the initiation, organization, or discussions to address the priorities of citizens.

There are a number of promising examples of progressive civil society engagement practices in countries such as Mauritius, Senegal, and Ghana. Successive governments in these countries have protected freedom of expression and assembly and enabled the growth of vibrant and diverse civil society groupings. These groups act as pressure points to hold government accountable and progressively democratize their operations.

The promotion of good governance has also opened up the space for development partners to provide assistance in strengthening democratic institutions and practices. For instance, donors have supported governments in these countries to invite civil society to actively participate in the various stages of policy and program formulation on local governance, trade, conflict prevention and peace building, gender and social protection, and human rights among other issues. In these countries, civil society has become an effective partner and has often been consulted on policy prescriptions and on how best to implement government policies and programs.

However, as states have become more functional and democratic, civil society’s role has evolved as it is now largely recognized as a strategic partner. Positive as this may seem, there is evidence of governments manipulating and shaping civic space to impede the influence of civil society through various forms of co-optation. Governments are tacitly supporting organizations that drive their agenda and crowding out others they deem to be antigovernment. And, in a rising number of transitioning and open democracies there is growing evidence of subtle and explicit ways in which states are curbing citizen’s freedoms and activities. Examples include legal and registration requirements, tax systems, and restrictions on how civil society can be identified, organize, and operate. These powerful states are trying to dismantle the influence of independent civil society organizations and control civil society in a way that upholds state power and undermines democracy.

Both sectors need to recognize the necessity of creating deliberate platforms to strengthen engagement and understanding of their context and operations. Governments have started to acknowledge that a vibrant and sustainable civil society contributes and complements the state in addressing needs and allows citizens to become active participants in the society.

To strengthen cooperation, both government and civil society actors need to understand the institutional environment, structure, and processes and the political context within which their sectors operate. They should embrace the need to learn how they can cooperate to expand civic freedoms without undermining their respective unique strengths and to protect the independence and flexibility of civil society while asserting the formal, legal, political accountability, and representativeness of governments.

Activists and policymakers should develop novel ways to strengthen cooperation beyond consultations, dialogue sessions, validation workshops, and capacity development programs. Cooperation should be pragmatic, moving beyond contractual, participatory contributions and confrontation toward complementarity.

Practically, developing both institutional mechanisms and value-based relationships can assist effective collaboration. For example, governments can set up an office or department with its main mandate to foster cooperation with civil society and ensure its active involvement in policymaking. In addition, multisectoral working groups that consist of both civil society representatives and state officials can play an important role in monitoring public policies, influencing the legislative agenda, and encouraging cooperation between public authorities and civil society. Strong collaborative working relationships will be more likely when all parties have developed shared terms of engagement and a common set of desired objectives as well as mutual perceptions of reliability and trust.

To catalyze the process of genuine cooperation, the two sectors must coalesce based on mutual values driven by the acceptance of public policy responsibilities and tactical governance priorities. Both sectors should also be encouraged to share their financial and technical resources in order to achieve common goals. This cooperation will neutralize the gaps of both sectors without harming their comparative strengths. A reimagined relationship will be based on both sectors leveraging their distinctive assets and influence to better respond to the complexities of development challenges.

Undoubtedly, more effective collaboration between government and civil society actors has the potential of nurturing and opening up civic engagement, enhancing civic appreciation of government operations, and fostering concrete mechanisms to ensure the active participation of African communities in decisionmaking.

The challenges facing Africa as it responds to the aspirations of its people and communities cannot be solved without rejuvenated civil society–government partnerships. Therefore, what is critically needed is an intensified and systematic cooperative strategy that leverages the human capital potential in Africa’s civil society sector and the citizenry at large. This will help propel African governments to work with civil society in a seamless manner and employ multisectoral approaches to cultivate and sustain rights-based public policies and people-centered interventions.

Charles Kojo Vandyck is a social justice advocate who works to strengthen civil society and citizens’ participation in development processes. 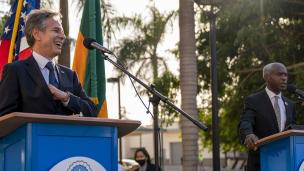 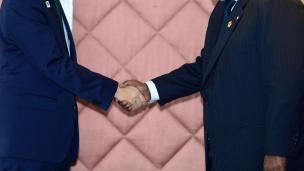 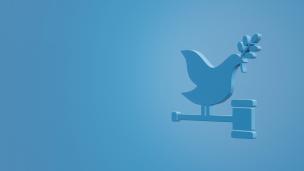 It’s Time for the United States to Reengage with the SDGs, Starting with SDG 16
By Kristen Cordell
April 12, 2021
Transcript 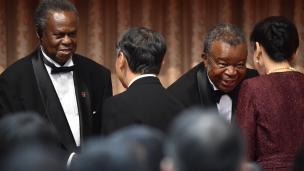