Rubella and the Power of Vaccines

In late April, the Pan American Health Organization (PAHO) announced that endemic rubella has been eliminated in the Americas—a region in which the viral disease had been responsible for birth defects and fetal death. The announcement capped a fifteen-year effort involving administration of measles, mumps, and rubella (MMR) vaccine throughout the hemisphere. (Certification alone was a six-year process, with the region’s last endemic case recorded in Argentina in 2009.) Though rubella could still be imported from other continents, regional elimination is a significant milestone on the path to the disease’s eventual eradication.

In many cases, rubella is asymptomatic or produces a mild rash. When rubella is contracted by a pregnant woman, however, the developing fetus may suffer from congenital rubella syndrome (CRS)—often resulting in deafness, eye abnormalities, heart disease, or other conditions. According to PAHO (PDF), before elimination efforts began in the early 1990s, CRS each year affected more than 20,000 births in Latin America and the Caribbean. In the United States, one rubella outbreak in the mid-1960s saw 11,250 fetal deaths; 2,100 neonatal deaths; and another 20,000 born with conditions linked to CRS. In Philadelphia, the outbreak at its height affected 1% of all births. Measured in lives saved and improved, the end of endemic rubella in the Americas is a tremendous achievement.

Regional elimination of measles, a virulent and more often fatal disease—associated with rubella for their signature rashes and the frequent use of combination vaccines—is not far behind. Though repeated importation of the virus makes verification difficult, PAHO member states have not reported an endemic case of measles since 2002. (And a recent study suggests that preventing measles may help the immune system more generally.) The Americas are on the front edge of a global trend: from 2000 to 2013, according to data from the WHO and the Centers for Disease Control and Prevention (CDC), annual deaths from measles fell 75% worldwide from 544,200 to 145,700. This is behind schedule for the World Health Organization (WHO) goal of a 95% reduction by 2015, but is another remarkable achievement in saving lives, with PAHO leading the way.

In fact, of the WHO’s six regions, the Americas were the first to eliminate smallpox (1971), polio (1994), and now rubella and CRS. This consistent first-to-elimination status reflects PAHO’s institutional strength, the willingness of regional governments to invest in health, and a history of pan-American collaboration and innovation. Since 1977, the PAHO Revolving Fund has pooled national funds to purchase vaccines in bulk at the lowest possible price; as a result, over 95% of vaccines are paid for by the countries receiving them. In 1985 the Americas saw the first use of the “days of tranquility” vaccination strategy, when conflict in El Salvador ceased for three days of immunization clinics. Days of tranquility have become a standby in immunization efforts globally, particularly those against polio.

As with the eradication of smallpox and the global campaign against polio, the accumulating victories over rubella and measles offer a striking demonstration of vaccines’ life-saving power. In a standard ten-dose package, vaccination against measles costs about $1 per dose; adding rubella coverage costs approximately $.30. (In practice, thanks to the Revolving Fund, PAHO members pay as little as $.58 for both.) In contrast, a 1997 study in Guyana estimated the cost of lifetime treatment for a single case of CRS at $63,990. Beyond their cost-effectiveness, vaccines are our best tool for eliminating and eventually eradicating entire diseases, reshaping the very possibilities of contagious illness.

How does the tremendous potential of vaccines become reality on a regional and global scale? The basic strategy is, first, to raise immunization rates with aggressive campaigns and, second, to sustain and advance these gains with routine vaccination. In the context of rubella and measles, PAHO recommended a four-pronged approach to elimination (PDF): “catch up” with campaigns targeting children under 15 years of age; “keep up” with routine vaccination at one year of age; “follow up” with campaigns targeting children one to four years of age; and “speed up” by vaccinating adolescents and adults to interrupt disease circulation. The WHO’s global strategy for measles and rubella elimination, released in 2012, “builds on the experiences in the Americas” to make broader recommendations:

4. Communicate and engage to build public confidence and demand for immunization.

5. Perform the research and development needed to support cost-effective operations and improve vaccination and diagnostic tools.

Globally, serious work remains, concentrated in a few key countries. According to the CDC/WHO study cited above, the 28% of global population represented by the Democratic Republic of the Congo, Ethiopia, India, Indonesia, Nigeria, and Pakistan accounted for more than 70% of global measles deaths in 2013. In a number of these countries, according to the study, the problem is one of health systems: reaching 95% of children with two doses of vaccine apiece requires successful, consistent medical interactions across the population. As seen with the global effort against polio, the difficulty and marginal cost of preventing each infection rises as the remaining disease becomes concentrated in increasingly tough settings for vaccination. Local stability and community confidence in vaccines are critical.

A couple developments, however, are lessening the challenges. In 2013 Gavi, a multinational alliance that facilitates access to new and underutilized vaccines in low-income countries, added measles-rubella (MR) vaccine to its portfolio. In a catalytic quid-pro-quo, Gavi supports large-scale MR catch-up campaigns for countries that expand their own routine MR immunization programs. Gavi estimates that, by 2020, this program will help immunize over 600 million children in 49 countries against measles and rubella. Much of the vaccine used will be produced in the Americas, thanks to a 2013 announcement by the Brazilian biomedical center Fiocruz, which, in partnership with the Bill & Melinda Gates Foundation, will begin producing MR vaccine for use in low-income countries as early as 2017.

Even as measles and rubella disappear in some parts of the world, their continued existence elsewhere forbids complacency. The struggle in parts of the United States to maintain confidence in vaccines provides an unfortunate case study: despite recording the last endemic case of measles in the United States in 2000, the CDC reported a somewhat staggering 159 cases of measles between January 4 and April 2, 2015. More than 80% of these infections were in people who were unvaccinated or of unknown vaccination status.

Measles outbreaks in the United States confirm a central paradox of immunization or any other prevention measure: the more it succeeds, the more unnecessary it appears. As measles, rubella, and other vaccine-preventable diseases have become no longer fixtures of life in the United States and throughout the hemisphere, it has become ever more difficult to communicate to the public that vaccines remain necessary—and that the road to true global eradication is a long one.

Gender and Immunizations within the Covid-19 Landscape
By Katherine Bliss
April 27, 2020
Report 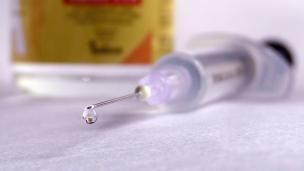 The Gavi Mid-Term Review: Progress to Date and Prospects for 2021 and Beyond
By Katherine Bliss
January 31, 2019
Newsletter 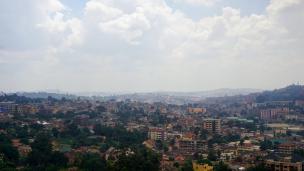