The European Union (EU) traditionally possesses one of the most open investment regimes. In recent years, however, security concerns surrounding unfettered foreign investment have caused a rethink in policy circles, culminating in a landmark EU framework regulation on foreign investment screening that came in force in 2019.

The same trends are driving Nordic countries to strengthen restrictions on foreign investment.[i] This is especially remarkable given that Nordic countries are widely viewed as some of the staunchest champions of market liberalization and free trade. Together, they boast qualities especially attractive to foreign investors—stable and open economies, high incomes, and relevant expertise and skills. Yet, they too have grounds for vigilance. In 2015 for example, NavTech, a Chinese company with defense sector links, acquired Swedish micro-electromechanical systems manufacturer Silex Microsystems through a series of state-backed investment holding companies.[ii] This and other developments have prompted Nordic leaders to reassess efforts safeguarding key infrastructure and technologies.[iii]

The Nordic countries of Finland, Norway, Sweden, and Denmark provide a compelling case study amidst wider changes in the EU on screening foreign direct investment (FDI). Generally speaking, these four countries are open to foreign investment, but possess different screening mechanisms. Sweden and Denmark possess no national investment screening mechanisms at all as of writing. Finland has had one since 2012, but the implementation of the EU framework regulation necessitates an update. Though not a member of the EU, Norway nevertheless seeks to align with EU regulations due to its inclusion in the European Economic Area and has implemented its own investment screening process.

In April 2019, a landmark EU framework regulation for screening FDI came into force.[iv] The framework regulation represents the first effort to implement a common FDI screening structure in the EU on the basis of national security and public order. It aims to enhance cooperation and coordination between individual Member States, obligates Member States and the Commission to exchange information on specific transactions, and provides Member States and the Commission the option to issue opinions and comments on transactions of concern. However, regardless of where other Member States and Commission stand, the Member State in which the transaction takes place is fully entitled to the final say on how to treat investments of concern. Following an 18-month transition period, the framework will be fully applied in October 2020.[v]

In determining whether an investment impacts national security and public order, Member States and the Commission would consider several factors. They include the effect of the investment on critical infrastructure, critical technologies, the supply of critical inputs (energy and raw materials, for example), access to sensitive information or the ability to control information, and freedom and pluralism of the media.[vi]

Under the framework regulation, Member States with existing national screening mechanisms must ensure that their mechanisms adhere to the following standards:[viii]

For those Member States with FDI national screening mechanisms in place, the framework regulation also comes with a requirement to notify the Commission of such mechanisms. As of April 2020, some form of national FDI screening mechanism exists in 14 of 28 member states.[ix] Although the listed screening systems differ in scope and form, they all aim to maintain security and public order at the national level. In the meantime, Member States are updating their screening systems or adopting new systems to adhere to the framework regulation.

What follows is a case-by-case overview of the state of investment screening in Finland, Norway, Sweden, and Denmark in light of wider changes in the EU.

Under the Act on Monitoring of Foreign Corporate Acquisitions in Finland (172/2012), Finnish authorities may monitor and restrict the transfer of corporate influence to foreign individuals or organizations on grounds of key national interests.[x] The screening mechanism falls under the aegis of the Ministry of Economic Affairs and Employment (TEM), which may request involvement of other authorities.

While the Finnish screening system targets “acquisitions” as opposed to FDI, what constitutes “acquisitions” in the Act corresponds closely with FDI.[xii] According to TEM, a corporate acquisition encompasses activities which result in a foreign owner gaining control of “at least one-tenth, at least one-third, or at least one-half of the aggregate number of votes conferred by all shares in the company, or holding that otherwise corresponds to a decision-making authority in a limited liability company or other monitored entity.”[xiii]

The monitoring mechanism allows for approval of investments both before and after they have taken place. According to TEM, all corporate acquisitions pertaining to the defense sectors require advance approval by authorities.[xiv] The “defense sector” encompasses entities dealing with dual-use goods. Within the defense materials industry, monitoring covers all foreign owners, including foreign owners residing or domiciled elsewhere in the EU and the EFTA.[xv]

In February 2020, TEM announced a future amendment to the Act to meet the requirements of the EU foreign investment screening framework.[xviii] The amendment includes the following proposed provisions:

The draft legislative proposal is slated to be submitted to Parliament in June 2020.[xix]

As an EU-nonmember, Norway is not bound by the stipulations set out in the EU foreign investment screening framework regulation. However, by virtue of its inclusion in the European Economic Area (EEA) and the access to the EU single market the EEA provides, Norwegian authorities are driven to ensure alignment with EU standards and regulations. Moreover, there is growing concern that foreign investment could pose national security risks.

On January 1, 2019, the Norwegian government adopted a new security act—the Act of 1 June 2018 No. 24 Regarding National Security. Chapter 10 of the new security act provides provisions for an ownership control mechanism that allows authorities to screen and block investments on grounds of national security.[xx] The previous iteration of the security act contained no explicit regulation of ownership control. Rather, the old act primarily sought to “guarantee security when the supplier of a goods or a service gained access to an object or information considered worthy of protection” and dealt mostly with the protection of security-sensitive information and critical infrastructure.[xxi]

The protections of the new security act are broadly encompassing and not sector specific. According to Jonas Hallberg of the Swedish National Board of Trade:

Generally speaking, the new security act could apply to areas such as defense, telecommunications, transport, energy, food and water supply, and health services.[xxii]

Norway lacks a single entity responsible for investment screening. Each individual ministry is responsible for determining the scope of application of the security act in their field of responsibility.[xxiii] Should the target of the acquisition not fall under the purvey of a certain ministry, the National Security Authority conducts the review.[xxiv] While the ministries and the National Security Authority may approve acquisitions, the decision to refuse an acquisition must be taken by the Council of State.[xxv]

Compared to similar mechanisms, the Norwegian investment screening process requires a higher foreign ownership threshold to trigger review. In both the Finnish Act and the EU framework regulation, a transfer of 10 percent controlling power in a firm warrants screening. On the other hand, only acquisitions involving a “qualified stake” fall under Norway’s screening regime. A “qualified stake” entails 1/3 or more of the share capital, assets, or voting rights; a right to become the owner of a third of the stock capital or interests; or a stake that enables the buyer to exercise significant influence over the company’s business.[xxvi]

To prevent foreign circumvention, the rules on ownership control do not discriminate between foreign and domestic acquirers, nor are there specific rules for state-owned enterprises.[xxvii] This stands in contrast to the EU framework regulation, which only regulates investments into the union.[xxviii]

As of writing, Sweden does not maintain a national security screening mechanism for foreign investment. Previously, the Act on Foreign Acquisition of Swedish Corporations required official authorization for the acquisition of Swedish firms.[xxix] In preparation for its accession into the European Community, the Swedish government repealed the act in 1992. There is some degree of investment control in certain sectors (such as the Military Equipment Act of 1992), but they are limited in scope.[xxx] In addition, in the event that a foreign investment occurs in an entity responsible for security-sensitive activities, the updated Protective Security Act of 2018 requires the operator to notify Swedish security services or the military.[xxxi] However, the act does not contain provisions for scrutiny of the foreign investor.[xxxii]

In recent years, factors such as the implementation of the EU framework regulation and domestic concern over foreign investments have prompted exploratory efforts to establish an investment screening mechanism to monitor and control foreign acquisitions of Swedish companies.[xxxiii] In August 2019, the Swedish government formed a special commission—the Direct Investment Investigation—to explore proposals on a Swedish system for reviewing FDI in protected areas.[xxxiv] Among other things, the government entrusted the commission with the following responsibilities:[xxxv]

On March 6, 2020 the commission released an interim report containing proposals to align Swedish regulations with the EU framework regulation. Notably, the report recommended that the National Inspectorate of Strategic Products—a Foreign Ministry agency responsible is defense export controls—as the primary point of contact for EU Member States on matters pertaining to foreign investment screening.[xxxvi] A final report containing proposals for a Swedish investment screening mechanism is slated for release before November 2, 2021.[xxxvii]

Like Sweden, authorities in Denmark are currently exploring avenues towards a national screening mechanism. In February 2019, the Danish government formed an interdepartmental working committee tasked with presenting proposals for a screening mechanism and a legal framework that would allow the government to intervene against transactions deemed incompatible with national security or public order interests.[xxxix] The proposals would cover investments in critical infrastructure in the energy sector, IT and telecommunications, transport, food, health, as well as enterprises involved in technology and dual-use.[xl]

As of writing, there are no indications that these proposals have been brought before the Danish Parliament. 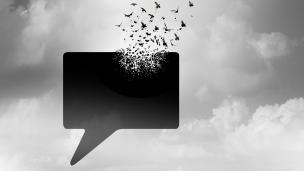 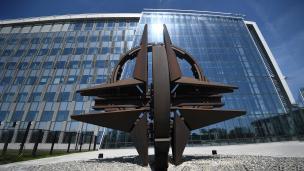 NATO and the Claim the U.S. Bears 70% of the Burden: A False and Dysfunctional Approach to Burdensharing
By Anthony H. Cordesman
July 25, 2018
Report 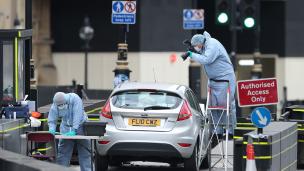 Keep Calm and Carry On: The Terrorist Threat in the United Kingdom
By Seth G. Jones
August 16, 2018
Commentary 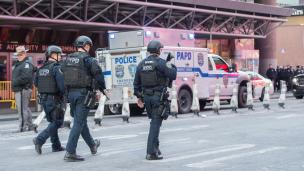 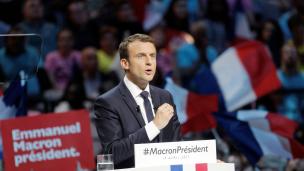 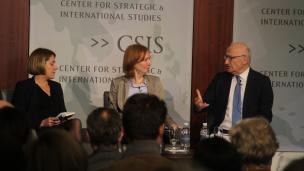 The Future of Europe: French and German Perspectives
January 22, 2020
Book 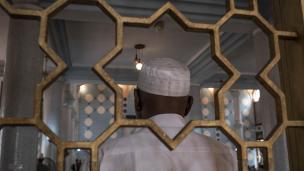 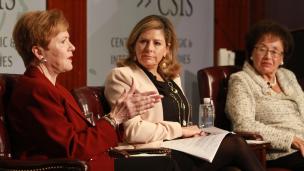 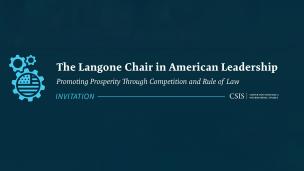 Online Event: Is China Gaining on America as the Leading Standards-Setter for New Technologies and Products?
May 28, 2020