I’ve not looked at this data for a while, and I was curious to what extent the pattern has changed under Xi Jinping. As everyone knows, over the last decade Chinese policies have given greater support to state-owned enterprises (SOEs), giving rise to the idea of “state ahead, private back” (国进民退, guojin mintui). Private companies have only episodically received state support, and in fact, for the last year and a half there has been a massive crack down on private Internet services firms. 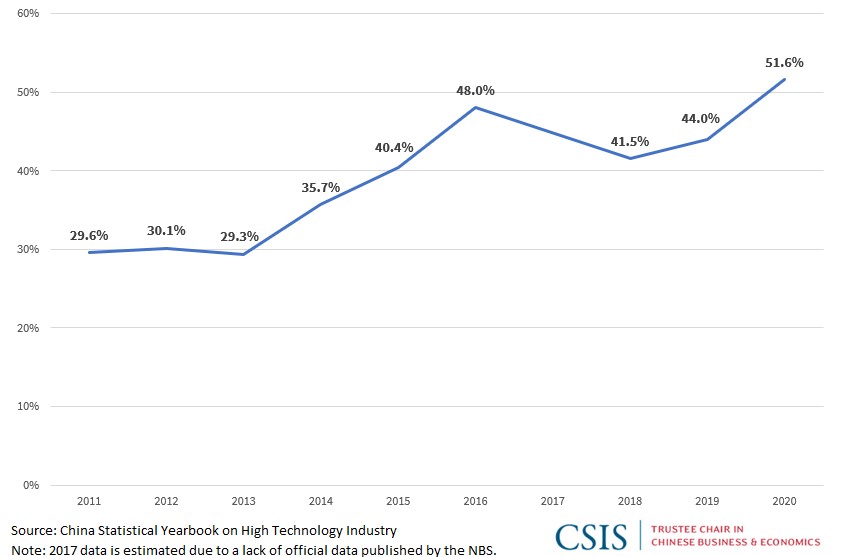 What did we find? We notice five big takeaways from the data (a summary table is in the attached data file).

1) High-tech exports from China have continued to grow at a rapid rate, with no drop-off because of the trade war. If the goal of the Trump administration was to shine a spotlight on the dangers of MC2025 and slow China’s high-tech exports, that effort failed miserably. 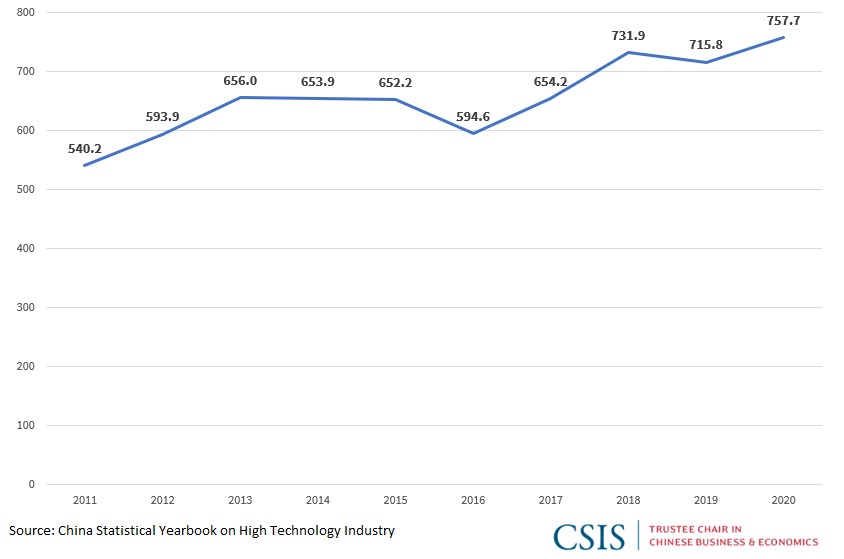 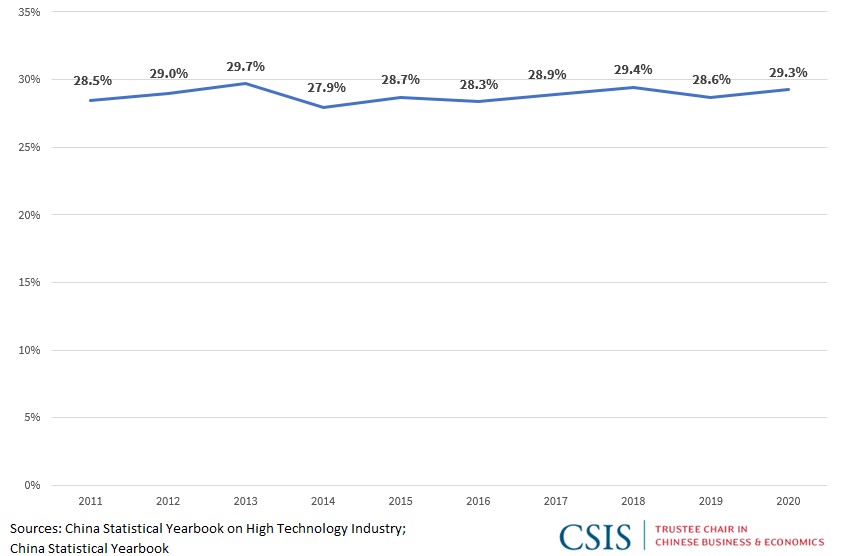 3) The biggest source of growth comes from domestic private firms, who are now the single largest source for high-tech exports. Their exports of new goods grew in absolute terms over the last decade from $23.8 billion in 2011 to $161.4 billion in 2020, going from 14.9 percent to 41.3 percent of exports. Their share surpassed that of firms from HK/M/T firms in 2018, who by 2020 accounted for 33.7 percent. 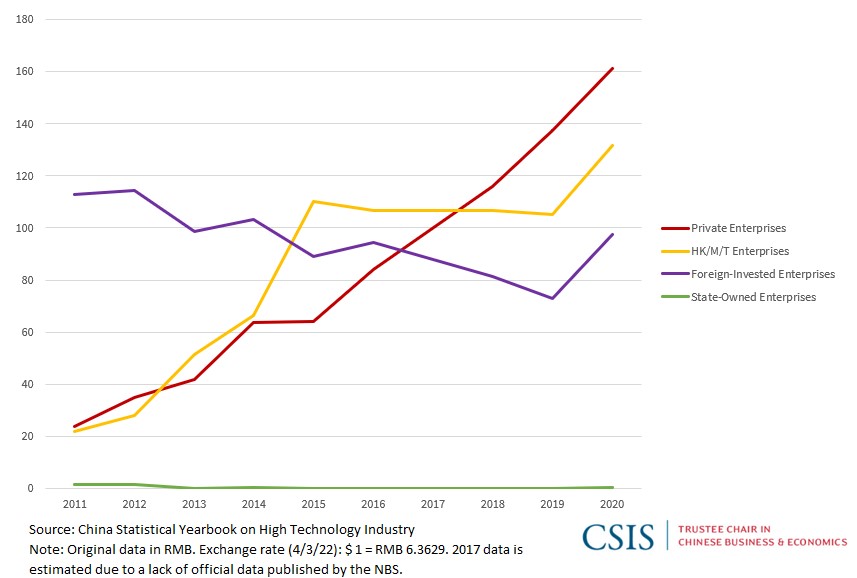 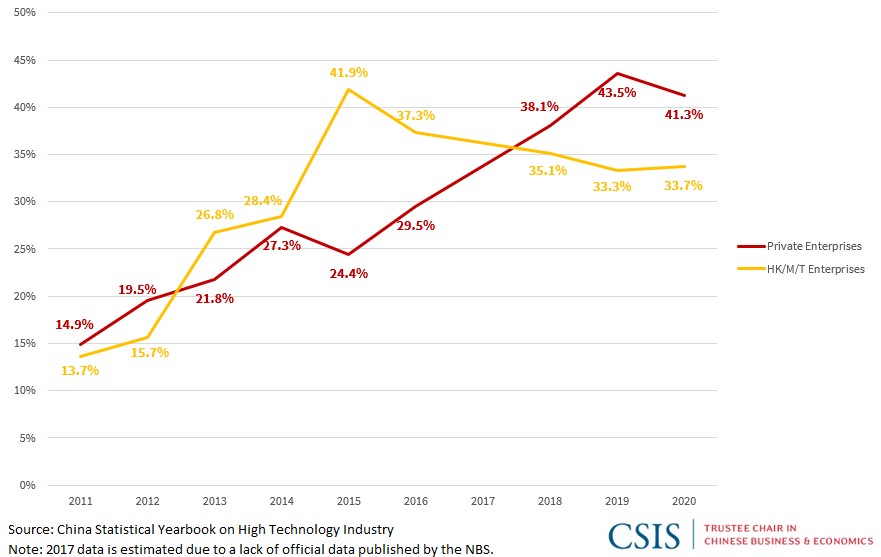 4) The biggest drop comes from foreign-invested firms excluding those from Hong Kong/Macao/Taiwan, who fell from 70.5 percent of high-tech exports in 2011 to 25.0 percent in 2020. 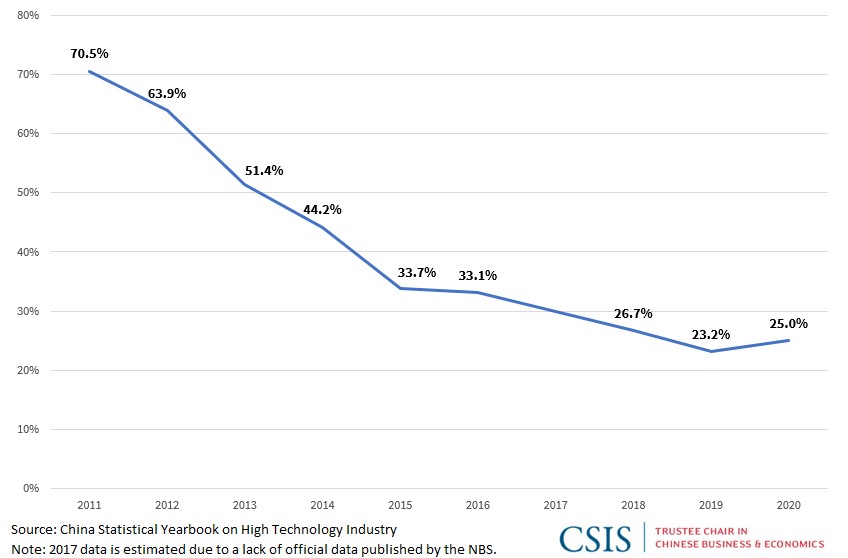 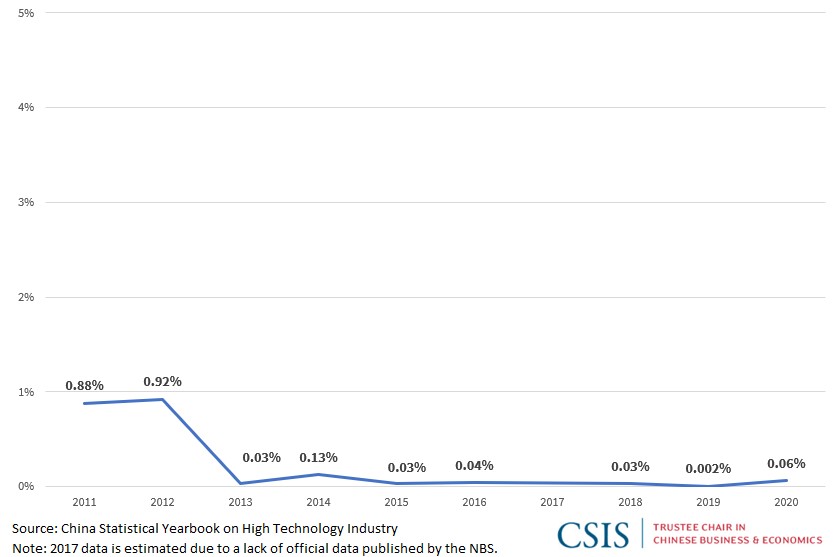 In the first quarter, China’s economy showed very sluggish growth. One of the only bright spots was exports, which grew 12.9 percent in Q1 over a year ago. China’s chances of genuinely achieving 5.5 percent real GDP growth this year are quite small, but if policymakers want to genuinely support growth, supporting the firms that drive exports — private enterprises — would be the place to start.