Onward & Upward: An Update on China and the Global Innovation Index

Economist Bill Nordhaus once referred to gross domestic product (GDP) as one of the “greatest inventions of the twentieth century.”  It is hard to imagine, in 2017, that Presidents Hoover and later Roosevelt employed measures as sketchy as freight car load capacity and stock price indices to design policies to combat the Great Depression. In response to this problem, the Department of Commerce commissioned Nobel laureate Simon Kuznets to develop a set of “national accounts,” which eventually evolved into the modern concept of GDP.

Our ability to measure innovation is currently akin to where economists were on the question of GDP in the 1940s. Even the most reputable cross-national comprehensive innovation indices are still in their infancy. With such limited data, evaluating year-over-year trends is critical. Further, given that China’s rapid role transition in the global innovation ecosystem can in some ways serve as a metric for understanding the global innovation ecosystem overall, it is important to track China’s progression in as close to real-time as possible.

Furthermore, China’s absolute gains in 2017 are notable when compared to its relative gains over other countries in the region. For example, the ‘Top Six’ GII-rated countries in the Asia-Pacific formed an insular, exclusive group from 2011 to 2016. Singapore, Hong Kong, Japan, South Korea, Australia, and New Zealand switched their positions within the Top 6 leaderboard. But for the first time, in 2017, China ousted Australia to join the list at #6. In doing so, China became the first country to burst the ‘Top-6’ bubble in the Asia-Pacific region since the GII started to compare countries regionally in 2011.

In terms of global rankings, China’s performance in 2017 continues to stand out as an outlier from the developing world. China’s GII input has been pulling away steadily from comparably large, developing countries (such as Brazil and India) since at least 2011, with levels now approaching Germany, South Korea, Japan, and the United States. In terms of GII outputs, which includes creative outputs, knowledge, and technology, China’s steady gains relative to Japan, the United States, Germany, and South Korea continued.

Although we believe the GII is the most balanced of existing indices, it is not perfect and likely paints an overly rosy picture of China’s innovation capacity. The GII heavily weights inputs like engineering degrees, infrastructure and patents, for which China is particularly strong, but does not measure engineering students’ creative abilities, how infrastructure is linked to technology progress, or whether patents generate commercial value, all areas where China does not perform as well. Hence, we will continue to need to evaluate China using multiple indices as well as delve more deeply into the specifics of China’s actual experience. And perhaps through this effort we will eventually find even stronger measures of innovation that will help us get beyond the challenges faced in the 1940s by the early developers of comprehensive economic growth data. 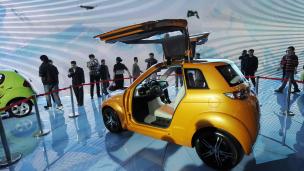 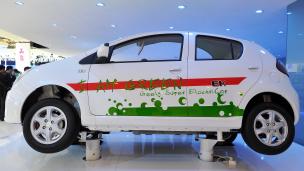 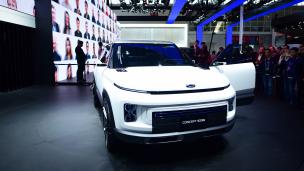 Show Me the Receipts: China’s Rising IP Payments to the United States
By Scott Kennedy
In Trustee China Hand
August 19, 2019