Show Me the Receipts: China’s Rising IP Payments to the United States

On March 22nd, 2018, the Office of the United States Trade Representative (USTR) found that China had violated Section 301 of the Trade Act of 1974 through its various encroachments on American intellectual property (IP). According to the 301 Report, one of China’s offenses was its “regime of technology regulations [that] forces U.S. companies seeking to license technologies to Chinese entities to do so on non-market based terms that favor Chinese recipients.” That conclusion doesn’t take into consideration the detailed data the U.S. Commerce Department maintains on IP fees – licenses and royalties – the United States collects from other countries. An initial review of this data suggests an improvement in Chinese behavior, but is still inconclusive about whether payments from China are actually sufficient and fair to the American IP holders. 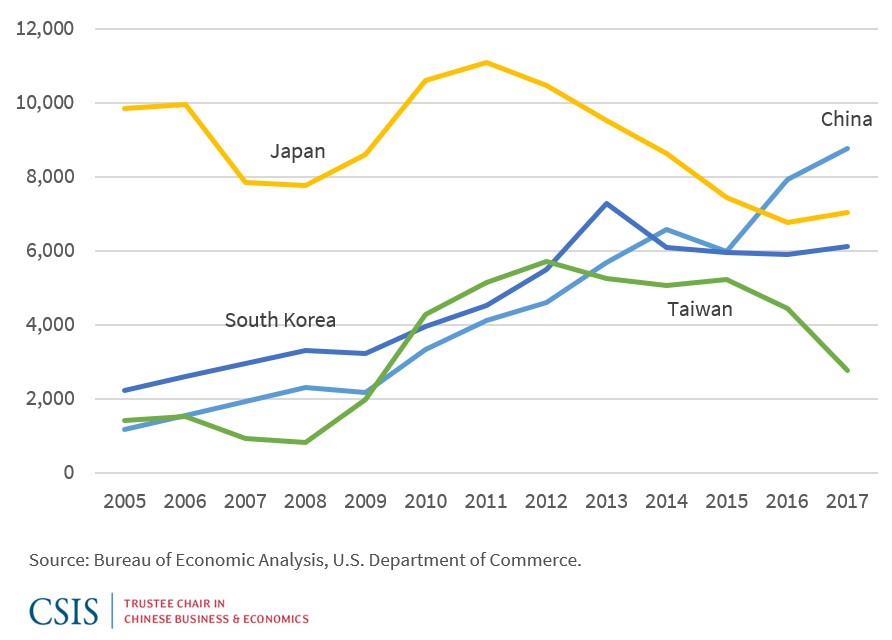 To China’s credit, the overall data shows that China significantly increased the amount of IP payments to the United States from 2005 to 2017 (see Figure 1). Since 2016 China has been the number-one payee in East Asia. This is significant because it shows a dramatic rise in Chinese payments over the last five years. 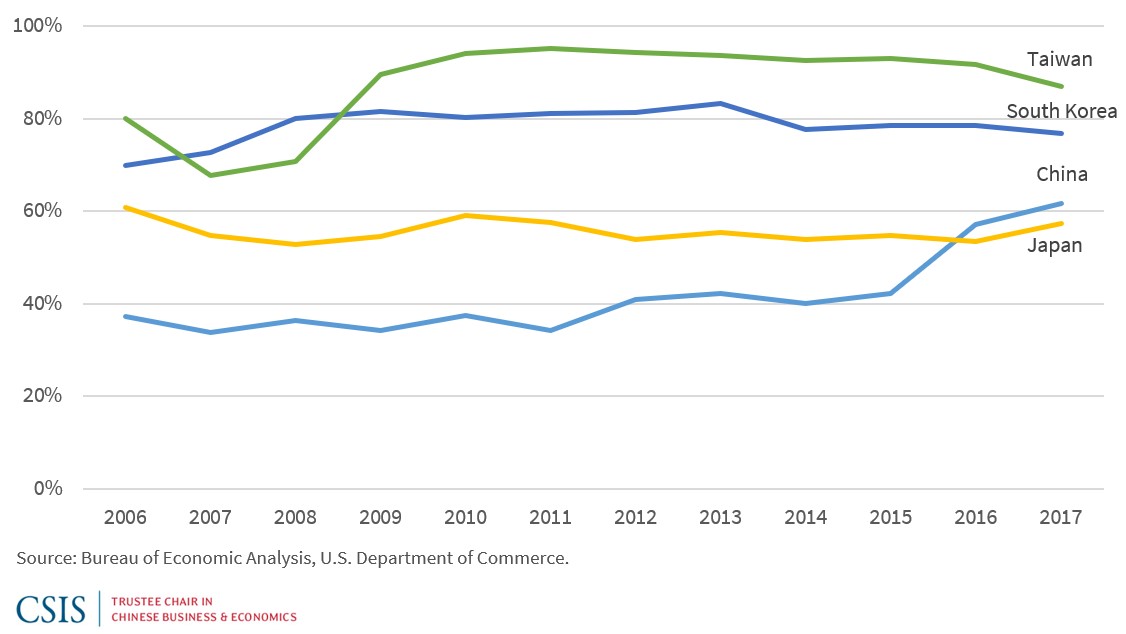 Another positive sign comes from examining who is paying these fees. Luckily, the U.S. Commerce Department tracks whether payments occur within a companies’ subsidiaries or occurs between different companies (“unaffiliated parties”). Tellingly, a rising share of payments from China are from such “unaffiliated parties.” In 2017 such transactions accounted for more than 60% of the IP payments. Although still lower than Taiwan and South Korea, the rapid upswing in the Chinese figure likely implies a higher level of compliance, particularly as a growing share of high-tech exports are coming from purely domestic Chinese companies.

Figure 3: IP Payments and High-Tech Exports to the United States in 2017 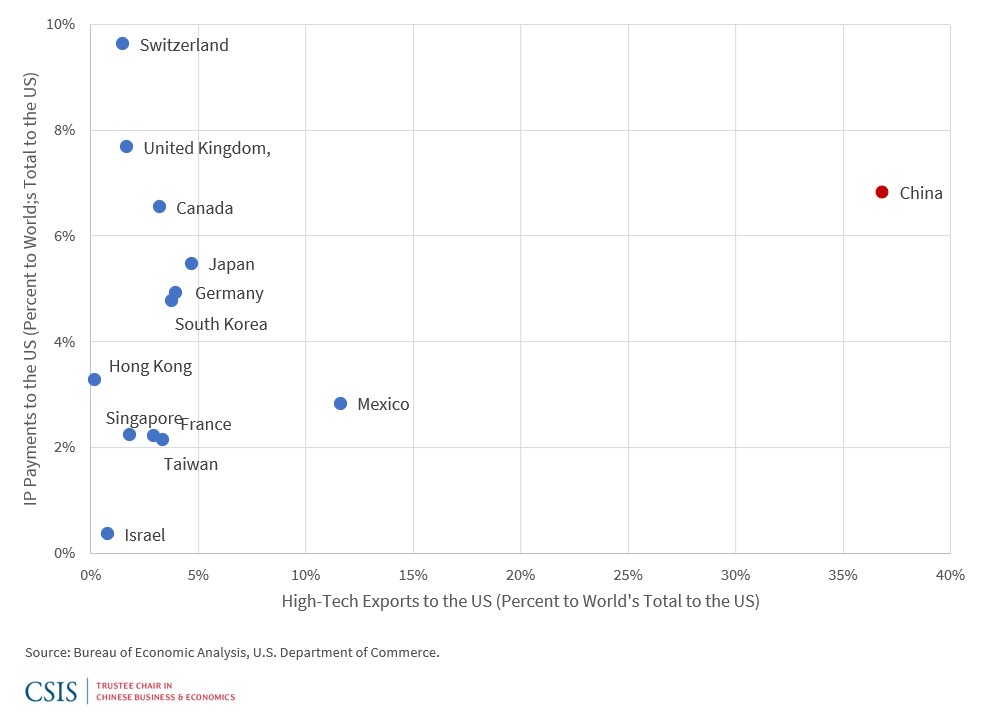 Although significant, this data isn’t conclusive, as the figures on China’s high-tech exports to the United States include a substantial amount of value-added contributed by others. Perhaps if the data on high-tech trade were broken down by value-added by country, it might show China less as an outlier, and hence, lending further support to the other data showing a rise in absolute payments and from unaffiliated parties.

A firmer conclusion will require more analysis, including more global data, not just US-China bilateral flows. But at least the figures presented here suggest it may be possible to reach a conclusion based on quantitative data, not just informal impressions or anecdotes.