The August War: Two Years After

On Wednesday, August 25, 2010, the CSIS Russia and Eurasia Program convened a panel of experts for an event entitled “The August War: Two Years After.” The event focused on the political changes that have occurred in the Caucasus region since the August War in 2008, specifically Russia’s recognition of Abkhazia and South Ossetia, frozen conflicts in the region, and the implications of the August War for Russian relations with the West. Andrew Kuchins, Director and Senior Fellow of the Russia and Eurasia Program, moderated the event.

Sergey Markedonov began the discussion by highlighting that the events that took place in Georgia in August 2008 were not exceptional or unexpected, but rather this was the result of a frozen conflict thawing as a result of the collapse of the Soviet Union. He went on to discuss in detail the ramifications of the August War for the North Caucasus, and how it has affected the insurgency in Russia’s deeply unstable southern region.

Thomas de Waal discussed in great depth the consequences of the August War for South Ossetia and Abkhazia, emphasizing how they have been on entirely different trajectories since the war. He outlined how South Ossetia has suffered economically since its borders with Georgia have been closed, while Abkhazia has fared rather well comparatively.

Charles King discussed how the August War caused Georgian and Western policy-makers to reexamine and reevaluate their thinking and strategies toward the Caucasus region. He reflected on the issue of Kosovo and how it has set a precedent, and how this precedent was applied by the Russians in defense of their actions. He also emphasized how support for Georgia during the war was possibly damaging for the United States.

Cory Welt believes that other models have to be examined in order to solve the situation of South Ossetia and Abkhazia. Since it is politically impossible for now, he highlighted the need to reintegrate South Ossetia and Abkhazia into Georgia economically and socially. This, according to Welt, could be aided by a policy of open borders between the breakaway republics and Georgia.

Fiona Hill, concluding the panel’s remarks, began by giving her assessment of the Russian claim that the August War was the Russian equivalent of 9/11. She went on to discuss the various analogies and examples cited by both sides as their respective justifications for the conflict. She rounded off the conversation by raising the issue of popular Russian support for the recognition of Abkhazia and South Ossetia, stating that polls suggest that support for this is waning.

Fiona Hill, Director of the Center on the United States and Europe, Brookings Institution

Thomas de Waal, Senior Associate in the Russia and Eurasia Program at the Carnegie Endowment

Russia’s Westpolitik and the European Union
July 8, 2021
On Demand Event 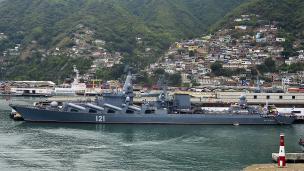 What Does Russia’s War in Ukraine Mean for Latin America and the Caribbean?
By Ryan C. Berg
March 1, 2022
Report 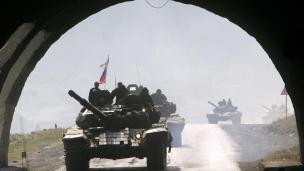 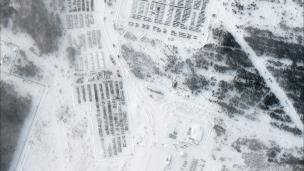