This timely discussion will analyze the current and future state of play related to destination shipping and transshipment across the Arctic region.  As energy and commodity prices have plummeted and global economic growth softens, significant new Arctic investments have also slowed.  How has this impacted Arctic shipping?  Additionally, on January 1, 2017, the International Code for Ships Operating in Polar Waters (Polar Code) will likely enter into force with subsequent adjustments to the International Convention for the Prevention of Pollution from Ships (MARPOL) and the International Convention for the Safety of Life at Sea (SOLAS).  How will implementation of the Polar Code impact Arctic shipping?  Finally, as Arctic states are focusing on enhanced Arctic maritime safety, stewardship, and domain awareness, there continues to be a lack of Arctic marine infrastructure, particularly in the U.S.  What is the latest state of play on improving maritime infrastructure? 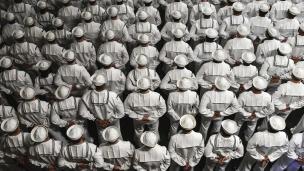 Getting to Less — Exploring the Press for Less in America’s Defense Commitments
February 6, 2020
On Demand Event 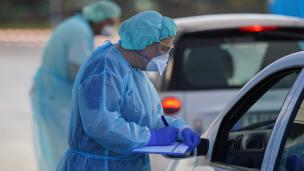 Would the United Kingdom or Ireland Embrace a National Unity Government Amid the Covid-19 Crisis?
By Donatienne Ruy
In Brexit Bits, Bobs, and Blogs
April 4, 2020
On Demand Event