Nigeria’s presidential election on February 16, 2019 could be a landmark event for the young democracy.  In his new book, Contemporary Nigerian Politics: Competition in a Time of Transition and Terror, Dr. Carl LeVan examines how Nigeria’s political evolution has led to this moment.

On January 30, 2019, join the CSIS Africa Program for a conversation with Carl Levan (American University), Zainab Usman, and Judd Devermont on what the 2015 Nigerian elections may tell us about the upcoming polls. The discussion will center around Carl Levan’s new book, Contemporary Nigerian Politics: Competition in a Time of Transition and Terror, which untangles the web of factors that facilitated President Buhari’s rise to power. Fusing expert analysis and interviews with influential Nigerians, his retrospective analysis is a valuable resource as the country—and the international community—look ahead to next month’s election.

Carl LeVan is an Associate Professor at the School of International Service, American University, where his research focuses on political institutions, democratization, and African security. He is the co-editor of three books, including most recently the Oxford Handbook of Nigerian Politics.  He has authored or co-authored journal articles on the Boko Haram insurgency, power sharing in east Africa, the economic performance of coalition governments, comparative authoritarianism, and urban property rights in Nigeria. Prior to joining academia, LeVan worked as a legislative director in the U.S. Congress and adviser to Nigeria's National Assembly. He publishes the blog “Development4security,” tweets @Dev4Security, and is a frequent commentator on African politics.

Zainab Usman is a development professional who works on the political economy of natural resources management, energy sector reforms, institutions and economic development in Africa. She also work on analyzing Africa-China economic relations. She currently works with the World Bank in Washington D.C. at the Office of the Chief Economist for Africa. She received her PhD from the University of Oxford in 2017, successfully defending her doctoral thesis titled, “The Political Economy of Economic Diversification in Nigeria.” Usman will be speaking in a personal capacity.

Want to know more about the Nigerian elections? Check out the following CSIS events and publications: Into Africa Episode 1: Music is the Weapon of the People ; What to Watch in Sub-Saharan Africa in 2019; Why Aren’t We Paying Attention to Africa’s Most Important Election?; A Conversation with H.E. Peter Obi, CON on Jan. 22nd from 10:00 a.m. – 11:30 a.m. 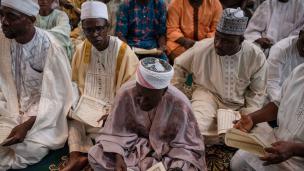 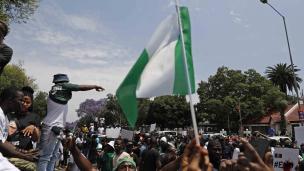 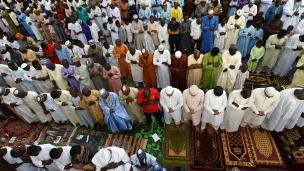 The Perils of U.S. Support for Religion Regulation in Nigeria
By Judd Devermont
August 16, 2019
Critical Questions

Why the United States Should Care about the WIPO Election
By Daniel F. Runde, William Alan Reinsch
December 12, 2019
Commentary 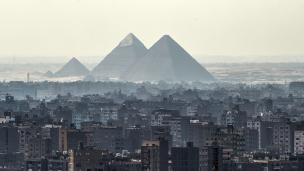 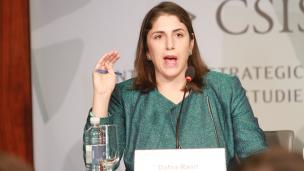