On May 13 The CSIS Project on Nuclear Issues (PONI) hosted a live debate on whether or not the U.S. should ratify the Comprehensive Nuclear Test Ban Treaty (CTBT). The debate on the CTBT was the third in an ongoing series of live debates held in conjunction with the PONI Debates the Issues blog. The resolved statement was as follows.

When President Clinton sent the Comprehensive Nuclear Test Ban Treaty (CTBT) to Congress for ratification, he described the treaty as the "longest sought, hardest fought prize in the history of arms control." However, the United States Congress voted not to ratify the treaty in 1999. President Obama has indicated that he intends to make a new push for CTBT ratification, and though there is strong pro-CTBT support among Democrats, this remains a hotly debated issue.

The debate featured two top issue experts: Daryl Kimball, Executive Director of the Arms Control Association and Stephen Rademaker, Senior Counsel at BGR Group, Inc. and former head of the Bureau of International Security and Nonproliferation at the U.S. Department of State.

Daryl Kimball (arguing pro).
Daryl Kimball became the Executive Director of the Arms Control Association in September 2001. Kimball is also the chief editorial advisor and a contributor to ACA's magazine, Arms Control Today, widely considered to be the journal of record in the field. Mr. Kimball is a frequent source for reporters and has written and spoken extensively about nuclear arms control and non-proliferation, and weapons production. In 2004, National Journal recognized Kimball as one of the ten key individuals whose ideas will help shape the policy debate on the weapons proliferation. He was formerly the Executive Director of the Coalition to Reduce Global Nuclear Dangers and, prior to that, Director of Security Programs for the Physicians for Social Responsibility.

Stephen Rademaker (arging con)
Stephen G. Rademaker is currently Senior Counsel at the BGR Group, a government relations, strategic communications and investment banking firm. He is the former head of the Bureau of International Security and Nonproliferation of the Department of State. Immediately prior to joining the State Department, Mr. Rademaker was Chief Counsel to the Select Committee on Homeland Security of the U.S. House of Representatives, where he had lead responsibility for drafting the legislation that created the Department of Homeland Security. Mr. Rademaker has held numerous positions on the staff of the Committee on International Relations of the House of Representatives, where he advised members of the Committee on the deployment of U.S. armed forces abroad, NATO enlargement, arms control and nonproliferation among other issues. 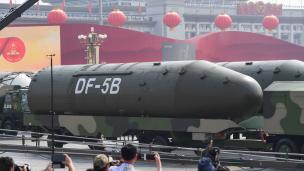 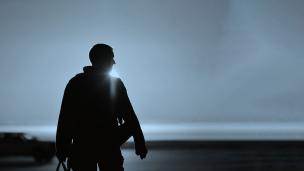 On the Horizon Vol. 2: A Collection of Papers from the Next Generation
By Rebecca Hersman
April 9, 2020
Report 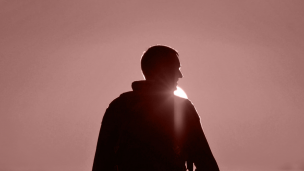 On the Horizon Vol. 3: A Collection of Papers from the Next Generation
By Reja Younis
February 23, 2021
Transcript 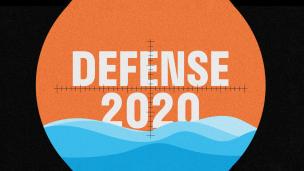