The Honorable David M. Abshire
President and CEO,
Center for the Study of the Presidency and Congress

Followed by a panel discussion including:

Admiral Michael Mullen,
Chairman of the Joint Chiefs of Staff

WASHINGTON, January 28, 2010 – The Center for Strategic & International Studies (CSIS) and the Center for the Study of the Presidency and Congress (CSPC) will host a discussion on Admiral Arleigh Burke and his lessons on leadership for today. The discussion will feature a presentation by the Hon. David Abshire, president and CEO of CSPC, followed by a panel discussion including Adm. Michael Mullen, Chairman of the Joint Chiefs of Staff; Adm. Gary Roughead, Chief of Naval Operations; former Senator John Warner; Vice Adm. Ann Rondeau, president of the National Defense University; and Evan Thomas, editor-at-large of Newsweek magazine.

Credentialed members of the media who would like to attend must RSVP to aschwartz@csis.org.

The Center for Strategic and International Studies (CSIS) is a bipartisan, non-profit organization founded in 1962 and headquartered in Washington, D.C. It seeks to advance global security and prosperity by providing strategic insights and practical policy solutions to decisionmakers. 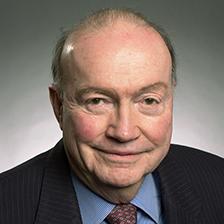