WASHINGTON, June 9, 2017: The Center for Strategic and International Studies (CSIS) is pleased to announce that Deborah Lee James, former secretary of the air force, has joined the International Security Program (ISP) as a nonresident senior adviser.

Secretary James was responsible for 660,000 military and civilian personnel and a budget of nearly $140 billion. In this role, she was also the principal defense space adviser and responsible for the rewrite and coordination of strategy and budgets for all U.S. national security space efforts. Prior to becoming secretary of the air force, she was president of SAIC’s Technical and Engineering Sector, a $2 billion, 8,700-person enterprise.

“Deborah is a tremendous addition to the ISP team,” said Dr. Kathleen Hicks, senior vice president, Henry A. Kissinger Chair, and director of the International Security Program. “Her deep knowledge of issues ranging from acquisition, logistics, and innovation to cyber and space security add another layer of expertise to our programming, particularly given her Capitol Hill and private-sector experiences in these areas. We are delighted she is joining us.”

Before joining SAIC, Secretary James was the chief operating officer for Business Executives for National Security (BENS). She also served as vice president for international operations and marketing for United Technologies Corporation (UTC). She is a former assistant secretary of defense for manpower and reserve affairs, and early in her career, she was a professional staff member for the House Armed Services Committee. Secretary James was recently elected to the board of directors of Textron, and is a member of the MIT Lincoln Laboratory advisory board. She has also served on a number of nonprofit boards of directors, including the United Service Organizations (USO).

Secretary James holds honorary doctorates from the Citadel, the College of Charleston, and her undergraduate alma mater, Duke University. She has a master’s degree in international affairs from Columbia University. 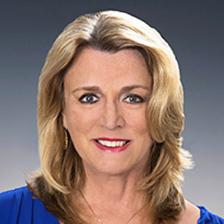