WASHINGTON, April 27, 2009 – The Center for Strategic & International Studies (CSIS) is pleased to announce that Reuben Jeffery III, former Under Secretary of State for Economic, Energy, and Agricultural Affairs, has joined CSIS as a senior adviser.

"We are proud to have Reuben join the Center," said CSIS President and CEO, John J. Hamre.  "The intersection of economics and foreign policy has never been more important, and Reuben has dealt with that intersection at the highest levels of government.  His experience will be invaluable to CSIS."

As Under Secretary of State for Economic, Energy, and Agricultural Affairs, Mr. Jeffery led the work of the Department on issues ranging from trade and investment, energy, agriculture and aviation to bilateral relations with America's economic partners.

Prior to joining the Department of State, Mr. Jeffery was the Chairman of the Commodity Futures Trading Commission, the federal agency that regulates commodity futures and options on futures trading and served on the President’s Working Group on Financial Markets.

Mr. Jeffery was previously Special Assistant to the President and Senior Director for International Economic Affairs at the National Security Council. He also acted as Representative and Director of the Coalition Provisional Authority Office at the Pentagon.

Mr. Jeffery began his government service as Special Advisor to the President for Lower Manhattan Development, where he was responsible for coordinating ongoing federal efforts in support of the longer term recovery and redevelopment of Lower Manhattan in the aftermath of September 11, 2001.

Mr. Jeffery spent eighteen years at Goldman, Sachs & Co., where he was managing partner of Goldman Sachs in Paris (1997-2001) and of the firm’s European Financial Institutions Group (1992-1997) in London.  Prior to joining Goldman Sachs in 1983, he was a corporate attorney with Davis Polk and Wardwell. 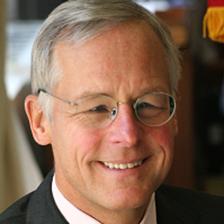