Agatha Kratz is an associate director at Rhodium Group. She leads the development of European opportunities and contributes to research on European Union-China relations, China’s economic diplomacy and outward investment, and the Belt and Road Initiative. She just completed a Ph.D. at King’s College London on China’s railway diplomacy. Before that, Agatha was an associate policy fellow at the European Council on Foreign Relations (ECFR), Asia & China Program. She was the assistant editor for the China Economic Quarterly from 2016 to 2017, and served as editor-in-chief of China Analysis, ECFR’s quarterly journal, until December 2015. Prior to ECFR, she was a junior fellow at Asia Centre in Paris. Agatha has a bachelor’s degree in political science and a master’s degree in finance from Sciences Po Paris, as well as a master’s degree in public administration from the London School of Economics and Columbia University School of International and Public Affairs. 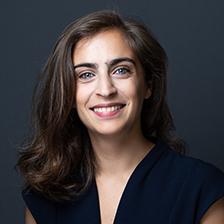