With more than 25 years of experience in private equity and impact investing, including launching a new impact investing fund, and starting investment initiatives for the U.S. government and the World Bank Group, Agnes joins CSIS as a senior associate for the Project on Prosperity and Development. Previously, she was a director at the U.S. Agency for International Development (USAID), where she made some of the most significant accomplishments in development finance with the launch of Power Africa and the establishment of the Office of Private Capital and Microenterprise at USAID. She secured over $20 billion in private investment commitments toward energy investment in Africa and brought over $800 million from U.S. institutional investors to infrastructure funds on the continent. Agnes started her work in finance in the 1990s, when she was part of the founding team of the Small Enterprise Assistance Fund (SEAF), now one of the leading global investment fund managers focused on small businesses. She now sits on the board of directors of SEAF. Subsequently, she worked as an investment officer for the first large private equity fund in Eastern Europe, AIG’s New Europe Fund, and as a manager at the International Finance Corporation (IFC). She was also the co-founder of the Grassroots Business Fund, a $60 million impact investing fund that provides sustainable economic opportunities to millions of people at the base of the economic pyramid. More recently, Agnes was a fellow at the Rockefeller Foundation, where she worked to bring private investment to underserved communities in the United States and serves on the Funding Committee of Convergence Blended Finance. She is currently working with the Kauffman Foundation to scale up the Capital Access Lab, a new initiative to spur the formation of funds that increase capital investment to underserved entrepreneurs in the United States. 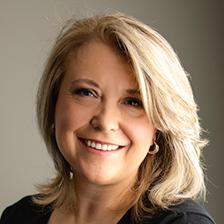