Andrew Rzepa is a partner in Gallup’s London office and leads Gallup’s public sector division in Europe, the Middle East, and Africa. He is responsible for Gallup’s global research programs in the region, partnering with charities, governments, and Europe-based UN entities to address global data gaps. Mr. Rzepa designs large-scale projects with global impact. He leads the Gallup teams that support the Food and Agriculture Organization of the United Nations on the Voices of the Hungry project, which validated and mainstreamed the use of the Food Insecurity Experience Scale (FIES) as a direct measure of food insecurity, later adopted as an indicator for UN Sustainable Development Goal 2. He led a consortium of global experts in the development of a new globally comparable measure of diet quality and is undertaking projects on food safety, in addition to global engagements on water insecurity, trust in science, and vaccines. He serves as an adviser to a number of groups, including the United Kingdom’s What Works Centre for Wellbeing. Prior to joining Gallup, Mr. Rzepa worked as a management consultant across a variety of sectors, working from offices in Brussels, London, and Hong Kong. He is a non-practicing solicitor and was admitted to the roll of solicitors of England and Wales in 2006. He earned his bachelor’s degree in law and master’s degree in international and European law from Durham University and legal practice certificate from Nottingham Law School, subsequently earning a master’s in business administration degree from the University of Manchester, his city of origin. 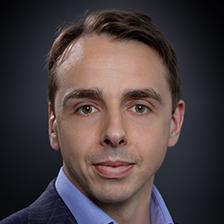