Betilde Muñoz-Pogossian is the director of the Department of Social Inclusion at the Organization of American States (OAS). In this capacity, she spearheads the organization’s work on the inclusion of vulnerable populations to ensure they can exercise the full extent of their human rights. Her portfolio also includes directing and supporting work on migration, forced displacement, and refugees, as well as the social development and equity agenda for the organization. Dr. Muñoz-Pogossian has more than two decades of service at the OAS, having worked extensively in leading the organization’s work on democracy promotion and elections, as well as in the access to rights and inclusion agenda. She has participated in over 50 political and electoral observation missions on behalf of the OAS. In addition to her work with the OAS, she is cofounder of the Red de Politólogas #NoSinMujeres, a project that seeks to map and promote the work of female political scientists in Latin America, currently comprised of 681 members representing 30 countries in the region. She has published extensively in both English and Spanish outlets on issues pertaining to migration, democratic development, and political inclusion. Dr. Muñoz-Pogossian earned a BS from Florida Metropolitan University and an MA in political science and international relations from the University of South Florida. She earned her PhD in political science from Florida International University. She is a 2022 Draper Hills summer fellow at Stanford's Center on Democracy, Development and the Rule of Law. She is fluent in English and Spanish. 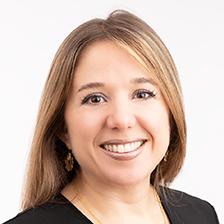