Farha Tahir is a program officer at the National Endowment for Democracy (NED). Prior to joining NED, Ms. Tahir served as a senior program officer at the National Democratic Institute (NDI), where she managed country and regional programs supporting improved governance and citizen engagement in decisionmaking. She began her career in Washington as a research intern for the CSIS Commission on Smart Power and returned to CSIS after graduate school as a program coordinator and research associate for both the Program on Crisis, Conflict, and Cooperation and the Africa Program. Ms. Tahir also spent several years as a contributor to Freedom House’s annual Freedom in the World publication. She holds undergraduate and graduate degrees from the University of Wisconsin. 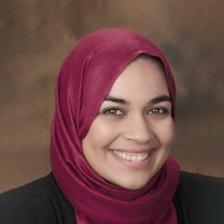