Major General Fran Mahon retired from the U.S. Army after 34 years of service and is an independent consultant in the aerospace and defense arena. A career air and missile defense officer, he has extensive experience developing strategy, policy, and plans for joint, combined, and interagency operations; leading large, complex organizations; managing change, building teams, relationships, and partnering with the U.S. and partner nation militaries and agencies. He has commanded at the platoon, battery, battalion, and brigade level, and at the general officer level as commanding general, 32d Army Air and Missile Defense Command (AAMDC), and then deputy commanding general, 5th US Army.

General Mahon's career has provided him the opportunity to work with NATO partners; the militaries of Israel, Saudi Arabia, Kuwait, Qatar, the United Arab Emirates, Japan, the Republic of Korea, Mexico, and the Bahamas; and the U.S. Departments of State, Homeland Security, Justice, Agriculture, and Interior; and the U.S. Secret Service, Customs and Border Patrol, Drug Enforcement Agency, and the Federal Aviation Administration. His experiences are operational, as well as institutional, and include the development of educational and training programs; the definition of operational requirements; rapid development and fielding of capabilities; and foreign military sales. General Mahon holds an M.S in JC4I Systems Technology from the U.S. Naval Postgraduate School and a B.S. in accounting from the University of Delaware. 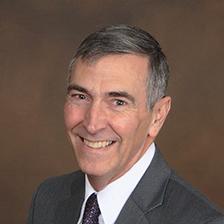