Gordon Bajnai, an economist and businessman, was born in Szeged, Hungary. From April 2009 until May 2010, he served as prime minister of the Republic of Hungary. Earlier, he held positions as head of the National Development Agency, as minister at the Ministry of Local Government, and as minister at the Ministry of National Development and Economic Affairs. Between 2000 and the end of 2005, he was CEO of Wallis Investment, Consulting and Asset Management Ltd, where he was responsible for management and transformation of the company and for improvement of its efficiency. Between 1995 and 2000, he was managing director and deputy CEO of CA IB Securities Plc. In addition, over the past decade and a half, Mr. Bajnai has served with Budapest Airport as president, Zwack Unicum Plc as a member of the Supervisory Board, Danubius Radio and Graboplast Rába Plc as a member of the Board of Directors, and Equinox Private Equity Fund as a member of the Investment Board. He graduated from the Budapest University of Economic Sciences in international relations in 1991. During his university studies, he was active in the student movement: in 1987 as the first president of the Independent Student Division; as president of the International Committee of the Hungarian National Council of Youth Organizations; and as the senior of the history section of the the Studium Generale student organization. 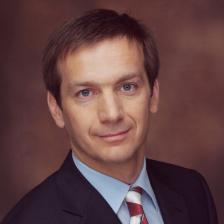 Most Recent From Gordon Bajnai

Europe's Emerging Political and Economic Fault Lines:Implications of the European Economic Crisis for Central Europe
December 7, 2012
View all content by this expert