Gregory F. Treverton is a senior adviser (non-resident) with the Transnational Threats Project at the Center for Strategic and International Studies (CSIS). He is now a professor of the practice of international relations at the University of Southern California after stepping down as chairman of the National Intelligence Council in January 2017. Earlier, he directed the RAND Corporation’s Center for Global Risk and Security and before that its Intelligence Policy Center and its International Security and Defense Policy Center. Also, he was associate dean of the Pardee RAND Graduate School. He has served in government for the first Senate Select Committee on Intelligence, handling Europe for the National Security Council and as vice chair of the National Intelligence Council, overseeing the writing of America’s National Intelligence Estimates (NIEs). He has taught at Harvard and Columbia universities, in addition to RAND, been a senior fellow at the Council on Foreign Relations, and deputy director of the International Institute for Strategic Studies in London. He holds an AB summa cum laude from Princeton University and an MPP (Master’s in Public Policy) and PhD in economics and politics from Harvard. His latest books are Dividing Divided States, University of Pennsylvania Press, 2014; and Beyond the Great Divide: Relevance and Uncertainty in National Intelligence and Science for Policy (with Wilhelm Agrell), Oxford University Press, 2015. 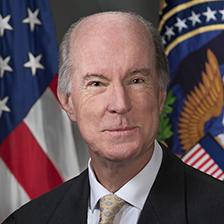