Gustavo Arnavat was nominated by President Barack Obama and confirmed unanimously by the Senate in November 2009 to represent the United States on the Executive Board of the Inter-American Development Bank (IDB). He also served on the Board of Directors of the Inter-American Investment Corporation and on the Donors’ Committee of the Multilateral Investment Fund, both affiliates of the IDB. As the former U.S. executive director for the IDB, he was a senior member of the Treasury Department’s international affairs team. The IDB Board of Executive Directors is responsible for day-to-day oversight of the bank’s management, credit decisions, and operations, including the approval of all loans, grants, and technical assistance programs, as well as all bank policies. Mr. Arnavat led the negotiations within the IDB’s Board that succeeded in securing the largest capital increase in the bank’s history, resulting in a near doubling of the bank’s annual lending capacity and adoption of fundamental operational and financial management reforms.

Mr. Arnavat has over two decades of international legal and banking experience. Prior to joining the Obama administration, he was a director and senior legal counsel at Citi Private Bank in New York, where he was legal cohead of the Latin America market region. At Citi, he managed a wide range of legal, regulatory, and policy issues relating to banking, investment management, and brokerage services. He began his legal career with Cleary Gottlieb Steen & Hamilton, where he advised U.S. and European banks, as well as Latin American companies and governments, on international capital markets and other financial transactions. Later, as an investment banker at Morgan Stanley, he focused on the origination and execution of equity and fixed-income public offerings and private placements by Latin American issuers, and he provided strategic advice relating to mergers and acquisitions and joint ventures. Mr. Arnavat was a Presidential Management Fellow at the White House (National Security Council), the State Department, and the Department of Justice. During the 2008 presidential campaign, he was a member of the Obama for America National Leadership Council and advised senior campaign officials on Latin America policy. Following the election, he served on the Obama-Biden Transition Team in Washington, D.C. In 2011, PODER Hispanic magazine named him one of “The Nation’s 100 Most Influential Hispanics.” Mr. Arnavat received a B.A., cum laude, from Cornell University; an M.P.P. from the Harvard Kennedy School of Government, where he was a Sloan Foundation fellow; and a J.D. from the University of Pennsylvania School of Law, where he was an editor of the University of Pennsylvania Law Review. 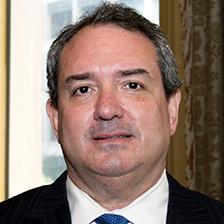 Most Recent From Gustavo Arnavat

Analysis: Will Cuba Pivot? It's Up to Raúl
NBC | Gustavo Arnavat
November 29, 2016
In the News 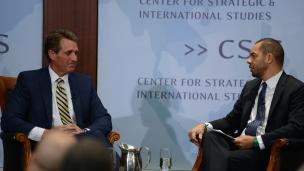 Getting to Normal: A Legal Pathway for U.S.-Cuba Policy Reform
December 2, 2014
On Demand Event

Latin America and the U.S. Midterms
October 7, 2014
View all content by this expert