Idayat Hassan is director of the Centre for Democracy and Development (CDD), an Abuja-based policy advocacy and research organization focusing on deepening democracy and development in West Africa. Idayat is a lawyer and has held fellowships in universities across Europe and the United States. Her interests span democracy, peace and security, transitional justice, and information and communications technology for development in West Africa. As the director of CDD, she oversaw its rise from being unranked in 2013 to ranked 11th out of 94 think tanks in sub-Saharan Africa in 2020, according to the University of Pennsylvania’s Global Go To Think Tank Index. Idayat has strengthened CDD's position as a civic tech leader with a portfolio of projects—including analyses of the nexus between social media platforms, election processes, and electoral outcomes, using an app to identify electoral fraud and analyzing the use of personal data in political campaigning in Nigeria. Idayat has consistently provided thought leadership at diﬀerent phases of Boko Haram's development. She was involved with Operation Safe Corridor from its inception, providing foundational ideas and operational advice. She provided conceptual clarity on the Boko Haram phenomenon during its heyday, presenting analyses of the group's motives and methods at conferences in Nigeria and internationally. Idayat frequently appears in international and local media as an expert on the region and is regularly quoted in the BBC, China Central Television, Radio France Internationale, Voice of America, Bloomberg, Washington Post, Financial Times, Economist, Guardian, and Deutsche Welle. 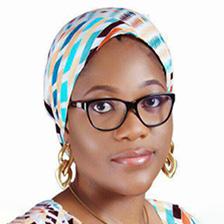 Most Recent From Idayat Hassan 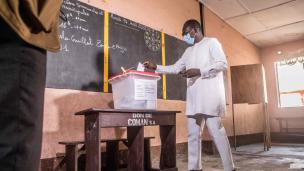