From March 2018 to July 2021, Ivan Kanapathy served on the White House’s National Security Council staff as director for China, Taiwan, and Mongolia and deputy senior director for Asian affairs. In this capacity, he staffed and advised the president and national security advisor and led U.S. government interagency policy development and implementation on relations and engagement with China and Taiwan—including shepherding the most comprehensive and significant U.S. policy shift toward the People’s Republic of China in four decades. From 2014 to 2017, Ivan worked at the American Institute in Taiwan, representing U.S. interests and advising on military and security issues in Taipei. Earlier in his career, Ivan spent a year studying in Beijing and traveling throughout China, Taiwan, and Southeast Asia as a U.S. Marine Corps foreign area study fellow; he later led the development and implementation of the service’s global security cooperation strategy and policies at the Pentagon. As a naval flight officer, Ivan accumulated 2,500 flight hours, served three years as a F/A-18 weapons officer and tactics instructor at the U.S Navy Fighter Weapons School (better known as TOPGUN), and deployed to the Middle East and Western Pacific five times, earning several combat awards and decorations. He holds a MA (with distinction) in East Asia security studies from the Naval Postgraduate School, a BS in physics and economics from Carnegie Mellon University, and an AA and diploma (with highest honors) in Chinese – Mandarin from the Defense Language Institute. 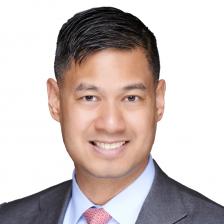 Most Recent From Ivan Kanapathy 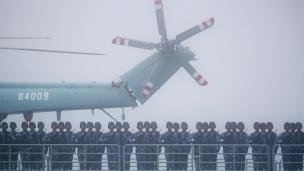 The Collapse of One China
By Ivan Kanapathy
June 17, 2022
In the News

The Hikvision Tipping Point?
The Wire China | Katrina Northrop
May 15, 2022
In the News