Jamal Saghir is an expert in infrastructure, energy, water international finance, economic development, and policy with over 25 years of experience at the World Bank. From 2010 to 2016, he was director of sustainable development and senior regional adviser at the World Bank. He held directorships in agriculture and rural development, energy and infrastructure, environment, climate change, water, transport, and sustainable development. He provided intellectual and operational leadership and managed one of the largest departments of the World Bank Group with over 400 staff. He was responsible for a portfolio of nearly $25 billion. From 2000 to 2010, he was director and chair of the World Bank Group’s Boards for Energy, Transport, and Water. In this capacity, he led the bank’s activities and guided its lending and operational strategy in the energy and infrastructure sectors. During this period, the World Bank strongly increased its engagement in infrastructure investments. From 1990 to 2000, Mr. Saghir served in senior management and leadership roles in a variety of private-sector development organizations, restructuring operations in Africa, Latin America, Central and Eastern Europe, the Middle East and North Africa. He has deep experience in infrastructure project finance, developing innovative financing and risk management instruments, as well as implementing high-profile infrastructure investments, public-sector policy, and private-sector development. In 2016, Mr. Saghir was appointed professor of practice at the Institute for the Study of International Development at McGill University in Montreal, Canada. He also serves on the Advisory Board of MAN Holding S.A.L, Inventis Corporation and is special adviser to the Executive Committee of Bolloré Group Transport & Logistics. He holds a B.A and M.A. in economics from Laval University. He has also attended management executive programs at the Harvard Business School and the International Institute for Management Development (IMD). He is fluent in English, French, and Arabic.

Urbanization is one of the most important transformations that African countries will undergo in this century. Adequate solutions to this issue go beyond installing sufficient pipes and drainage systems in densely populated areas. 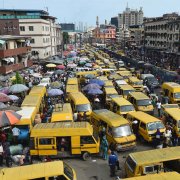 An Economic Lens on International Migration

It has become indisputable that the current volume of international migration is unprecedented, increasing, and with profound, global humanitarian impact. 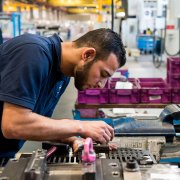 Infrastructure development and financing are indispensable components of growth for any economy, and in sub-Saharan Africa (SSA), they are essential building blocks for African countries to get on the path of sustainable development. 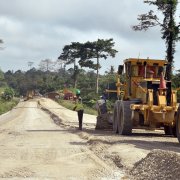