Colonel James H. Dailey is a military fellow at the Center for Strategic and International Studies (CSIS). He previously served as the deputy commander, 2d Operations Group at Barksdale Air Force Base, Louisiana, where he was responsible for the United States Air Force’s largest bomber group, including over 560 personnel and a $150 million budget, executing worldwide nuclear and conventional operations. 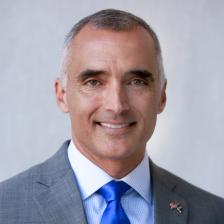