General James L. Jones has spent his life serving and protecting America and American ideals. He is sought after for his wisdom, guidance, and political endorsement. As the former commander of U.S. European Command and Supreme Allied Commander, Europe, he led all military operations for the North Atlantic Treaty Organization (NATO) and later, as national security adviser, he brought clear vision and steady leadership to America's mission in Iraq, the war in Afghanistan, and the country's interests around the world. General Jones graduated from the Georgetown University School of Foreign Service and was commissioned into the Marine Corps in January 1967. He served in Vietnam, serving as rifle platoon and company commander. On returning to the United States, he pursued a career in the Marines, attending the Amphibious Warfare School in 1973 and the National War College in 1985 and serving as Marine Corps liaison officer to the U.S. Senate. He was also commanding officer of the 24th Marine Expeditionary Unit in Northern Iraq and Turkey on Operation Provide Comfort; chief of staff, Joint Task Force Provide Promise, for operations in Bosnia-Herzegovina and Macedonia; and commanding general, 2nd Marine Division, Marine Forces Atlantic. He also served as military assistant to the secretary of defense from 1997 to 99. He became the 32nd commandant of the United States Marine Corps in July 1999. During his NATO assignment from 2003 to 2006, he advocated energy security and the defense of critical infrastructures as a core part of NATO's future missions. Upon retirement in February 2007, the combat veteran became the president and CEO of the U.S. Chamber of Commerce's Institute for 21st Century Energy and, in 2008, served as the State Department's special envoy for Middle East regional security. With the Chamber of Commerce, General Jones worked to unite energy consumers and producers for a common goal—to increase the variety of the U.S. energy supply and associated infrastructures, to advance international cooperation on energy issues, to protect national energy security, and to promote better understanding of changes to the global climate and its effects on the environment. From 2009 to 2010, he served as President Obama's national security adviser at the White House. Upon General Jones's retirement, President Obama said, "Jim has always been a steady voice in Situation Room sessions, daily briefings and with meetings with foreign leaders . . . the American people owe the general a debt for making the nation safer." General Jones—sought after by and distinguished among politicians of every stripe—offers a vast wealth of knowledge and speaks with poise and authority about national and international security, energy, and leadership requirements for success in the twenty-first century. 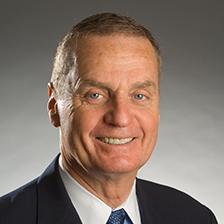 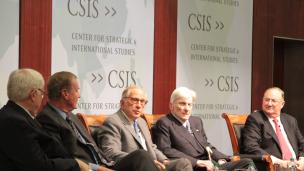 War and Politics:The Battlefield Inside Washington's Beltway
November 2, 2016
In the News

How to Save Iraq and Honor American Sacrifice
August 14, 2014
In the News

President Obama: Seize this opportunity with King Mohammed VI
November 20, 2013
In the News 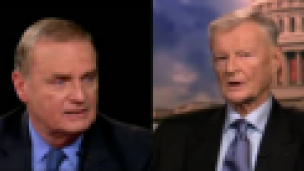 The Future of Foreign Policy
October 26, 2012
On Demand Event 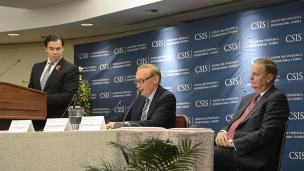 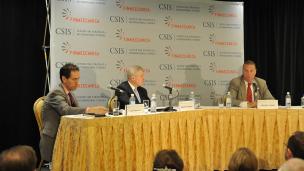