Jarrett Lane is a member of the U.S. Federal Policy team at Amazon Web Services (AWS), where he leads policy development and advocacy on artificial intelligence, quantum, and other emerging technologies. Prior to joining AWS, Jarrett supported the U.S. Department of Defense on a variety of issue areas, including acquisition policy, security cooperation, and critical infrastructure protection. He served on the Section 809 Panel, a congressionally-mandated advisory panel on defense acquisition reform, where he led the Panel’s research on ways to better enable the Department of Defense to acquire innovative technologies from small businesses, tech startups, and non-traditional partners. Prior to joining the Section 809 Panel, Jarrett contributed to the missions of U.S. Central Command, the U.S. Navy, U.S. Southern Command, and multiple defense agencies. He earned his master’s in public policy from Duke University and his bachelor’s from the University of Miami. 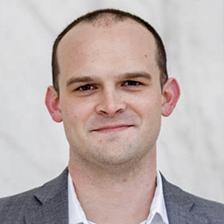