Jeeah Lee is associate director of publications at the Center for Strategic and International Studies (CSIS) where she manages the day-to-day workflow for CSIS’s digital and print publications. Prior to joining CSIS, she was a short-term consultant with the World Bank Group where she was part of the IT internal communications team. Previously, she worked for The Asahi Shimbun—Japan’s leading national daily newspaper—at its D.C. bureau and for the Federal Trade Commission. Ms. Lee holds an M.A. in political science from Columbia University and a B.A. in international relations and diplomacy and psychology with a minor in Spanish from the Ohio State University. She joined CSIS in August 2018. 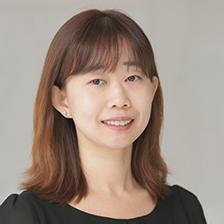