DJ Nordquist is the executive vice president of the Economic Innovation Group, a bipartisan organization dedicated to forging a more dynamic, entrepreneurial, and innovative twenty-first-century U.S. economy. She is a dean’s fellow at the Darden School of Business at the University of Virginia and serves on the advisory boards of Big Sun Holdings and ClearPath. She is the former executive director representing the United States on the board of directors of the World Bank Group. Confirmed unanimously by the U.S. Senate, she helped steer the group's Covid-19 response as well as coordinate with the G7, G20, and Paris Club on the Debt Service Suspension Initiative. Prior to the World Bank, she served as chief of staff at the Council of Economic Advisers in the Executive Office of the President and was chief of staff for the Economic Studies program at the Brookings Institution. She also served many roles in the federal government: assistant secretary at the U.S. Department of Housing and Urban Development, senior adviser in the Office of the Federal Coordinator for Gulf Coast Rebuilding, deputy chief of staff at the Federal Deposit Insurance Corporation, and deputy assistant secretary at the U.S. Department of Education. She began her career on Capitol Hill, working in both the Senate and the House of Representatives. DJ holds a BA from Stanford University and an MSJ from Northwestern University. She received the Distinguished Service Award from the Department of the Treasury and was named a Stanford associate by the university’s board of governors for outstanding alumni volunteer service. 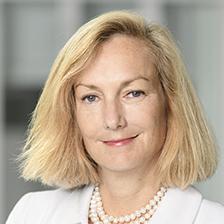