With over 35 years of experience in the areas of combating terrorism and homeland security, Col. Joseph Rozek (USA, ret.) has served in senior positions within the White House and the Department of Defense, having played an integral role in the creation of the U.S. Department of Homeland Security and in the development of the nation’s post-9/11 defense strategy. Col. Rozek served over 29 years in the U.S. Army, mostly in Special Forces (Green Berets). In the immediate aftermath of the terrorist attack on the Pentagon on 9/11, he convened and directed the secretary of defense’s Crisis Coordination Center at the Pentagon synchronizing the department’s response efforts. He then served as a subject matter expert for combating terrorism on the vice president’s National Domestic Preparedness Review Group. In October 2001, Governor Tom Ridge selected him as senior director for threat countermeasures and incident management, White House Office of Homeland Security. In July 2004, he became the special assistant to the president and senior director for domestic counterterrorism on the White House Homeland Security Council. Prior to 9/11, Col. Rozek served as deputy assistant to the secretary of defense for civil support; director for combating terrorism and sensitive activities, Office of the Assistant Secretary of Defense for Special Operations and Low Intensity Conflict; operations officer in the Special Operations Division, Joint Chiefs of Staff; and numerous other Special Forces and Infantry assignments including command of a Special Forces Battalion.

In the private sector, Col. Rozek has held the position of vice president for security, operations, and technology at System Planning Corporation in Arlington, Virginia, where he was responsible for the management and direction of all corporate activities relating to homeland security and domestic preparedness. Currently, he is the executive director for homeland security and counterterrorism for the Microsoft Corporation. In this capacity, he is responsible for developing and implementing a strategic business plan in the area of homeland security, counterterrorism, and information sharing. He serves as a senior fellow of the George Washington University Homeland Security Policy Institute (HSPI), a member of the Advisory Board for the James Madison Institute for Infrastructure and Information Assurance (IIIA), and is the former chair and a current member on the Department of Homeland Security’s Homeland Security Information Network Advisory Council. He continues to be a noted subject matter expert in counterterrorism (hostage barricade and weapons of mass destruction), antiterrorism, consequence management, national special security events, and unconventional warfare. 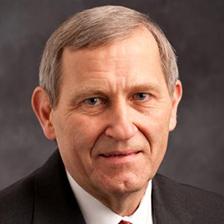