Josiane Gabel is the CSIS vice president for programs and operations and the executive director of the Brzezinski Institute on Geostrategy which is dedicated to examining the unique interaction of history, geography, and strategy with a goal of developing policy-relevant analysis. Ms. Gabel’s previous positions at CSIS include executive officer to the president and CEO, director of executive education, and fellow in the Defense and National Security Group. She has also led the Center’s leadership development, training and ethics programs. She is the coeditor of the annual CSIS “Global Forecast.”

Prior to joining CSIS, Ms. Gabel was an associate at The Cohen Group, where she consulted for international companies with business in Europe, the Middle East and the Persian Gulf, and served as press assistant to former Secretary of Defense William Cohen. She has done volunteer development work in Tanzania, Cambodia, Thailand, the Dominican Republic, and the Czech Republic. A native of France, Ms. Gabel holds a M.A. in International Relations from Yale University and a B.A. in International Relations from Stanford University. 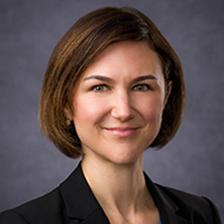 Most Recent From Josiane Gabel

Strong But Selective: A More Self-Interested United States
May 29, 2013
Report