Juan José Daboub is chairman and CEO of the Daboub Partnership, vice chairman of Dorado Group, and founding CEO of the Global Adaptation Institute, a foundation dedicated to adaptation to climate change. He is also a former chair of the World Economic Forum’s Global Agenda Council on Climate Change (2012-2014) and a former managing director of the World Bank (2006-2010). At the World Bank, Dr. Daboub oversaw operations in 110 countries in Africa, the Middle East, East Asia, and Latin America. He was responsible for the oversight of the Human Development and Sustainable Development Networks, the Information Systems Group, the World Bank Institute, the Department of Institutional Integrity, and the Arab World Initiative. Prior to the World Bank, he led the expansion of his family owned businesses throughout Central America and worked with nonprofit organizations on public policies to promote liberty, stability, and growth throughout Latin America. From 1999 to 2004, Dr. Daboub served concurrently as El Salvador’s minister of finance and as chief of staff to the president. In these dual roles, he helped his native country navigate several regional economic challenges, including securing and sustaining El Salvador’s investment grade rating, “dollarizing” the economy, and completing a free trade agreement with the United States. During this period, he also oversaw the emergency reconstruction of El Salvador after two major earthquakes in 2001.

Dr. Daboub’s leadership began in the private sector, where he founded and led a snacks manufacturing company, a packaging materials industry, a distribution company, and a consulting firm for nearly a decade before joining the board of CEL, El Salvador’s electric utility, and presiding over El Salvador’s electric distribution companies. Subsequently, he was named president of ANTEL, the state-owned telecommunications company, which he restructured and privatized through a competitive and transparent process that also demonopolized the sector and increased access to telecommunications for the people of El Salvador. He held high government positions in El Salvador for 12 years (1992-2004), working for three different administrations without belonging to any political party, then or now. Dr. Daboub holds a B.S., M.S., and a Ph.D. from North Carolina State University.

Over the past several weeks, Latin America has become the epicenter of the global pandemic, and economic projections continue to darken accordingly. Re-centering the textile industry’s supply chain to Central America’s Northern Triangle could strengthen the region’s political stability and economic prosperity. 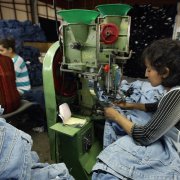 In conjunction with the 60th anniversary celebration of the IADB, CSIS is hosting this public event to explore the contributions, challenges, and opportunities of the IADB in small states. 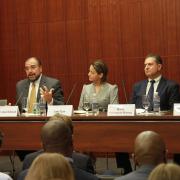 Opportunities for Future IDB Involvement in Latin America and the Caribbean

The future leadership of the IDB should be adaptive given the inherent changes in the region, but firm about the reforms that are still lagging in some countries. 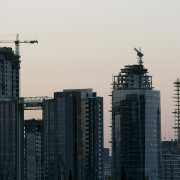