Brig Gen Kenneth Todorov currently serves as the director of Global Air and Missile Defense at the Northrop Grumman Corporation. From 2014 to 2015, Brig Gen Kenneth E. Todorov served as the deputy director of the Missile Defense Agency (MDA), Office of the Secretary of Defense, Fort Belvoir, Virginia. In this role, General Todorov advised the director of MDA in the responsibility for the fielding of the Ballistic Missile Defense System (BMDS) and provided management oversight of MDA support to BMDS operational programs. General Todorov supported the development and implementation BMDS policy, capabilities, priorities, resources, and operational interfacewith services, combatant commands, joint staff, and allies. In the performance of these responsibilities, General Todorov ensured MDA was responsive to war-fighter needs to deliver BMDS capabilities as soon as practical; defined agency policy, requirements, goals, and objectives; and set priorities, assigned responsibilities, and managed organizational resources necessary to achieve agency objectives.

The National Defense Authorization Act signed into law in 2016 contained a provision mandating a review of missile defeat policy, strategy, and capability, to be completed and submitted to Congress by January 2018. 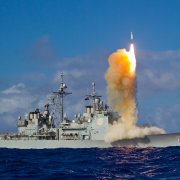 Missile Defense: Getting to the Elusive Right Side of the Cost Curve

The specter of a ballistic missile attack on the United States and its allies, or at the very least the threat of such an attack, continues to grow. Threat systems from rogue nations such as North Korea and Iran continue to mature in quality and quantity. 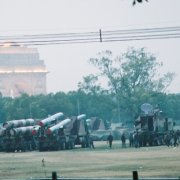