Kyle Murphy is a senior associate (non-resident) with the Center for Strategic and International Studies (CSIS). Prior to joining CSIS, he served as a senior analyst with the Department of Defense, where he authored assessments on political and security issues that covered every region in Africa and many of the nonstate and outside actors on the continent. Kyle served at the White House from 2015-2017 as the National Security Council (NSC) director for West Africa and as the acting senior director for Africa during the 2017 presidential transition. During his time on the NSC staff, he coordinated support for national elections in nine West African countries, expansion of U.S. engagement with Nigeria, and U.S. responses to several terrorist attacks and coup d’état attempts. Kyle began his career in government on Capitol Hill, where he served on the personal staffs of Senators Jim Webb (D-VA) and Robert Menendez (D-NJ). Before joining government, he worked in youth education and served as a community organizer. Kyle has a master’s degree in security studies from Georgetown University and a bachelor’s degree in African and African American studies, philosophy, and sociology from James Madison University. 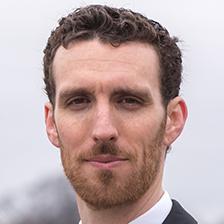