Linda Stuntz was a founding partner of the law firm of Stuntz, Davis & Staffier, P.C. in Washington, D.C., before her retirement at the end of 2018. Her law practice included energy and environmental regulation, as well as matters relating to government support of technology development and transfer. Ms. Stuntz served as deputy secretary of the United States Department of Energy under President George H.W. Bush. In that position, and in other senior policy positions at the Department between 1989 and 1993, she played a principal role in the development and enactment of the Energy Policy Act of 1992. Between 1981 and 1987, Ms. Stuntz was an associate minority counsel and minority counsel to the Energy and Commerce Committee of the U.S. House of Representatives. During both her government service and her private law practice, she addressed questions arising under the Natural Gas Act, the Natural Gas Policy Act, the Federal Power Act, the Interstate Commerce Act, and the Energy Policy Act of 2005. She has been an arbitrator and an expert witness in complex cases involving the electric power, natural gas, and coal industries. Ms. Stuntz has served on the board of directors of Royal Dutch Shell plc since 2011 and on the board of directors of Edison International since 2014. Previously, she served on the boards of American Electric Power Corp. (1993-2004), Raytheon Company (2005-2016) and Schlumberger, Ltd (1993-2010). She also was a member of the advisory board of the University of Virginia’s Frank Batten School of Leadership and Public Policy. A frequent speaker on electricity and natural gas regulation, she was named by the Legal Times in May 2005 as one of the leading energy lawyers in the nation. She served on the U.S. Secretary of Energy Advisory Board from 2016-2017. Ms. Stuntz received a B.A. with honors in 1976 from Wittenberg University and her law degree, also with honors, in 1979 from Harvard. She resides in Virginia with her husband, Reid. 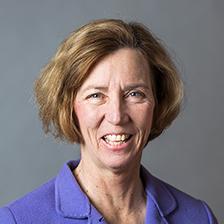