Luis Giusti, a petroleum engineer and private consultant, has been is a senior adviser at CSIS since April 1999, principally in energy and Latin American affairs. In addition, he is a member of the advisory board of Riverstone-Carlyle. He is also a member of the board of governors and special adviser to the chairman of the Centre for Global Energy Studies in London. Between September 2000 and September 2005 he was a non-executive director of Royal Dutch Shell. In academia, he is a member of the advisory boards of the Institute for Latin American Studies at Babson College, the Energy Institute of the University of Houston, the Maguire Energy Institute at Southern Methodist University in Dallas, and the Institute of Global Studies at George Washington University. He was a member of the task force that issued Strategic Energy Policy Challenges for the 21st Century (Council on Foreign Relations and Institute of Energy of Rice University, 2001). Giusti began his career at Shell Corporation in Venezuela after which, in 1976, he joined Maraven, S.A., an operating affiliate of Petroleos de Venezuela, S.A. (PDVSA). At PDVSA, he held diverse positions related to exploration and production, refining, corporate planning, and marketing. In 1994 he was appointed chairman and CEO of the corporation, a job he held until March 1999. Under his leadership, the Venezuelan petroleum sector underwent major reform, which included an opening to private participation, with resulting estimated foreign direct investments of about $30 billion for the period 1995 to 2004. Over the last five years of his tenure at PDVSA, the company continued to consolidate its international downstream position by completing major deals with Mobil, Phillips, Chevron, and Amerada Hess. Giusti graduated in 1966 from the University of Zulia, Venezuela, and received an M.S. in petroleum engineering from the University of Tulsa, Oklahoma, in 1971. He is a member of the advisory boards of Energy Intelligence Group (publisher of PIW, Oil Daily, and Energy Compass) and the Inter American Dialog. He is a frequent speaker and writer on oil and gas issues. 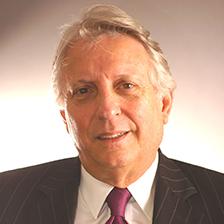 Most Recent From Luis E. Giusti

Why Chávez Health Should be Irrelevant to the US
March 7, 2012
In the News

Filmmaker turns lens on state coal in documentary
March 6, 2012
In the News