Matthew P. Goodman is senior vice president for economics and holds the Simon Chair in Political Economy at CSIS. The CSIS Economics Program, which he directs, focuses on international economic policy and global economic governance. Before joining CSIS in 2012, Goodman served as director for international economics on the National Security Council staff, helping the president prepare for global and regional summits, including the G20, Asia-Pacific Economic Cooperation (APEC), and East Asia Summit. Prior to the White House, Goodman was senior adviser to the undersecretary for economic affairs at the U.S. Department of State. Before joining the Obama administration in 2009, he worked for five years at Albright Stonebridge Group, where he was managing director for Asia. From 2002 to 2004, he served at the White House as director for Asian economic affairs on the National Security Council staff. Prior to that, he spent five years at Goldman, Sachs & Co., heading the bank’s government affairs operations in Tokyo and London. From 1988 to 1997, he worked as an international economist at the U.S. Treasury Department, including five years as financial attaché at the U.S. embassy in Tokyo.

Goodman holds an M.A. in international relations from the Johns Hopkins School of Advanced International Studies (SAIS) and a B.Sc. in economics from the London School of Economics and Political Science (LSE). He is a life member of the Council on Foreign Relations and chairman emeritus of the board of trustees of the Japan-America Society of Washington, D.C. 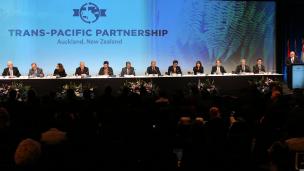