Melanie M. Marlowe writes on American politics, with a special focus on the presidency and the Constitution. She edited, with Carol McNamara, The Obama Presidency in the Constitutional Order and contributed chapters on President Obama’s exercise of general constitutional powers and his view of his commander-in-chief powers to that volume. In addition to other publications on the Obama presidency specifically, she has published on the executive’s role in the administrative state and is coediting a volume on national security law and policy. A native of Idaho, she received a B.A. in political science from Utah State University and an M.A. from Claremont Graduate University, where she is completing a dissertation on executive war powers. She is currently a lecturer at Georgetown University, where she teaches national security law; a senior editor at War on the Rocks; cohost of the Net Assessment podcast; and principal of M3 Consulting. Ms. Marlowe served as a congressional fellow with the American Political Science Association in 2012-2013, during which time she studied congressional oversight of the executive branch. Prior to this, she was a visiting scholar at the Georgetown University Law Center and a visiting fellow at the Hudson Institute, where she worked on national security issues. She was also a Jack Miller Center academic fellow and a Lehrman American studies fellow at Princeton University. 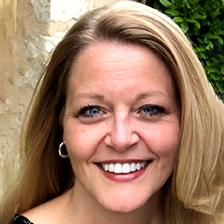 Most Recent From Melanie Marlowe 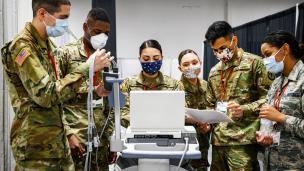 Online Event: The Military and Pandemics
June 10, 2020
View all content by this expert