Monica Medina is the founder and publisher of Our Daily Planet, an environmental e-mail newsletter, and an independent consultant. She is also an adjunct professor in the School of Foreign Service at Georgetown University. Previously, Ms. Medina served as deputy director of the Environment Program at the Walton Family Foundation, and she was senior director of ocean policy at the National Geographic Society. From 2012 to 2013, she served as special assistant to the secretary of defense. Earlier, she served as principal deputy undersecretary of commerce for oceans and atmosphere at the National Oceanic and Atmospheric Administration, where she led efforts on Arctic conservation and restoration of the Gulf of Mexico after the Deepwater Horizon oil spill. She serves on the boards of two nonprofit organizations: SkyTruth, Inc., which uses satellite imagery to monitor environmental threats; and the Service Women’s Action Network, which supports women service members and veterans.

Ms. Medina has worked for nearly 30 years at the intersection of law and policy in Washington, D.C. She is a member of the Council on Foreign Relations. She attended Georgetown University on an U.S. Army R.O.T.C. scholarship and began her legal career on active duty in the Honor’s Program of the Army General Counsel’s office. For her service in the Army, she was awarded an Army Commendation Medal in 1989 and a Meritorious Service Medal in 1990. In 2013, Secretary of Defense Leon Panetta awarded Ms. Medina the Department of Defense Distinguished Public Service Medal. 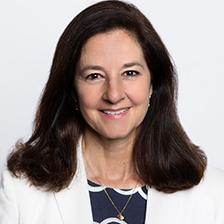