Pamela K. Starr is director of the U.S.-Mexico Network, an associate professor of international relations and public diplomacy, and a university fellow at the Center on Public Diplomacy at the University of Southern California (USC). Prior to joining the USC faculty, she was a senior Latin America analyst at the Eurasia Group and, from 1997 to 2005, a professor of Latin American political economy at the Instituto Tecnológico Autónomo de México (ITAM). She is a specialist on Mexican politics, economics, and foreign policy; U.S.-Mexico relations; and economic policymaking in Latin America. Dr. Starr is the author of numerous articles and book chapters on Mexico and its relations with the United States, including a recently coauthored Foreign Affairs.com article analyzing Mexico’s energy reform, an article on Mexican trade policy, and an article on the Peña Nieto government. She has advised the U.S. secretary of state, the U.S. ambassador to Mexico, the Mexican ambassador to the United States, and many other government officials from both countries, and has testified before the U.S. Congress. She is also a senior adviser for ManattJones Global Strategies and is an active speaker at venues ranging from the International Monetary Fund, World Economic Forum, and Inter-American Development Bank to the Mexico Business Summit, Mexican Banking Association, and American Chamber/Mexico. She received her Ph.D. from the University of Southern California in 1993. 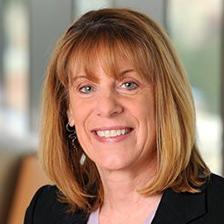 Most Recent From Pamela K. Starr 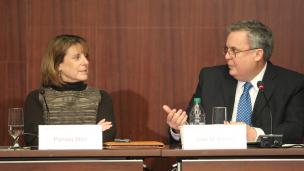 The U.S.-Mexico Border: The Way Forward
February 27, 2017
View all content by this expert