Paul Blustein is a senior associate (non-resident) with the Economics program at the Center for Strategic and International Studies (CSIS). He has written about economic issues for more than 40 years, first as a reporter at leading news organizations and later as the author of several critically acclaimed books. A graduate of the University of Wisconsin and Oxford University, where he was a Rhodes scholar, he spent most of his career reporting for the Washington Post and Wall Street Journal. His books chronicle international financial crises and major developments in globalization and trade; his sixth book, published in September 2019, is Schism: China, America and the Fracturing of the Global Trading System (CIGI Press, 2019). A resident of Kamakura, Japan, he is currently working on a book about the U.S. dollar and challenges to its international dominance including the emergence of new monetary technologies. 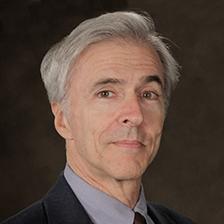