Peter Raymond is a senior associate with the Simon Chair in Political Economy at the Center for Strategic and International Studies (CSIS). He brings a 30-year career of service at the intersection of the public and private sectors, of infrastructure and financial services, globally. Prior to joining CSIS, he served as global advisory leader of PwC’s Capital Projects & Infrastructure (CP&I) practice. With nearly 2,000 staff and partners globally, the practice advises on some $100 billion in capital projects annually with clients in the utilities, transportation, oil & gas, manufacturing, engineering and construction, technology and telecommunications sectors; as well as investors, financial institutions, multilateral banks, and government entities. Peter also served as PwC’s advisory partner for the Asian Infrastructure Investment Bank (AIIB) and senior relationship partner for the World Bank Group. He has lived and worked in China, where he also served as COO of PwC’s Consulting Business, Poland, Hungary, Russia, and Thailand.

In the United States, Peter conceived and built PwC’s Public Sector Financial Services practice and led the firm’s support to the U.S. government during the financial crisis, including its work on TARP and numerous other crisis response programs. He was recognized as a Top 25 Consultant by Consulting Magazine in 2010 for these efforts. In the 1990s, Peter advised on the Asian Financial Crisis moving to Thailand and leading efforts to reform the industrial and infrastructure sectors of the economy. In the early 1990s, Peter advised on the opening of the economies in Central and Eastern Europe living in Poland, Hungary, and Russia. Mr. Raymond holds degrees from Georgetown University in Washington, D.C. and Union College in Schenectady, New York.

Online Event: USAID and the Indo-Pacific Strategy: Covid-19 Disruptions and Next Steps

Please join the CSIS Project on Prosperity and Development for a virtual webinar on the implications of Covid-19 for the U.S. Indo-Pacific Strategy (IPS). 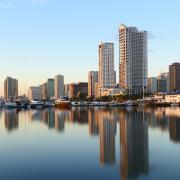 A $2 trillion infrastructure program is at the center of stimulus deliberations and for good reason. Infrastructure is the backbone of any economy, and it can put thousands of people to work. 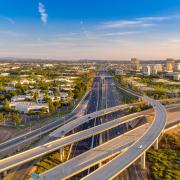 Please join us for a conversation on Sustainable Development Goal #9: Industry, Innovation and Infrastructure, which seeks to increase connectivity and productivity of developing countries’ industries and build resilient infrastructure systems to bolster economic growth. 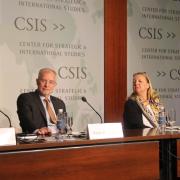 On Thursday, January 23rd, CSIS will convene a diverse panel of experts to distinguish between leading smart city models and discuss how their technologies, including in the areas of public safety & surveillance, are impacting the power of citizens, governments, & corporations. 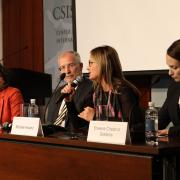 The Higher Road: Forging a U.S. Strategy for the Global Infrastructure Challenge

Please join the CSIS Reconnecting Asia Project and the Project on Prosperity and Development for the rollout of a new report discussing how the United States can strategically shape the global infrastructure buildout. 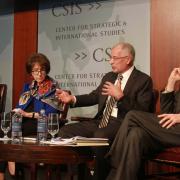