Rebecka Shirazi is vice president for External Relations and managing director of iDeas Lab at CSIS. In these roles she oversees the Center’s outreach, audience engagement, and publications efforts as well as digital/creative projects, including leading all web development, design, and audio and video collaborations. Previously, she was associate director of the Middle East Program. She graduated from the London School of Economics and Political Science (LSE) in 2010 with an M.Sc. in comparative politics–conflict studies. She also earned an M.A. in international relations and Middle East studies from the University of St. Andrews in Scotland in 2008. Ms. Shirazi previously worked as project coordinator and research assistant at the Stockholm International Peace Research Institute (SIPRI) in Sweden. She joined CSIS in November 2012. 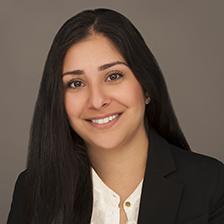