Richard Bernal is a professional economist with over 40 years of experience. He was educated at the University of the West Indies, the University of Pennsylvania, the New School for Social Research, and the School of Advanced International Studies at Johns Hopkins University, and he holds the degrees of B.Sc., M.A., M.I.P.P., and Ph.D. Dr. Bernal was a member of the Board of Directors of the Inter-American Development Bank (IADB) from 2008 to 2016. Previous to the IADB, he was director-general of the Caribbean Regional Negotiating Machinery (RNM) for eight years with responsibility for trade negotiations for the Caribbean Community (CARICOM), Cuba, and the Dominican Republic. He was principal negotiator for the Forum of Caribbean States (CARIFORUM) in the negotiation of the CARIFORUM-EU Economic Partnership Agreement and CARICOM’s lead negotiator in the World Trade Organization and the Free Trade Area of the Americas negotiations. Dr. Bernal was Jamaica’s ambassador to the United States and its permanent representative to the Organization of American States (OAS) from 1991 to 2001. When he demitted office, he was the fourth-most-senior ambassador in Washington and dean of the Caribbean Diplomatic Corps. He has testified before several committees of the U.S. Congress (House and Senate) and the U.S. International Trade Commission on issues of concern to the Caribbean. He has conducted meetings with prime ministers, presidents, heads of international organizations and CEOs of multinational corporations and banks, and he has been deputized by Jamaica’s prime minister, minister of finance, and minister of foreign affairs. Prior to his diplomatic posting, Dr. Bernal was CEO of a commercial bank. He has also worked in the Bank of Jamaica (central bank) and the Planning Institute/Agency of Jamaica and as an adviser to the minister of finance on external debt management and stabilization and adjustment policy. For seven years, he taught international and development economics at the University of the West Indies, and he is honorary professor at the Sir Arthur Lewis Institute of Social and Economic Studies of the University of the West Indies. Dr. Bernal has published over 100 scholarly articles, as well as opinion pieces in the Washington Post, Wall Street Journal, and Miami Herald. His books include Globalization, Trade and Economic Development: A Study of the CARIFORM-EU Economic Partnership Agreement (Palgrave Macmillan, 2013); Dragon in the Caribbean: China’s Global Re-Positioning: Challenges and Opportunities for the Caribbean (Ian Randle Publishers, 2014); and The Influence of Small States on Superpowers: Jamaica and U.S. Foreign Policy (Lexington Books, 2015). 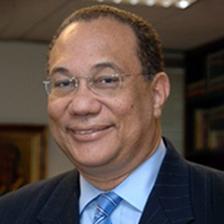 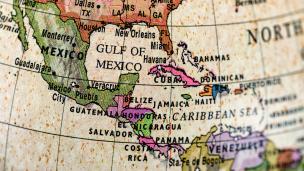 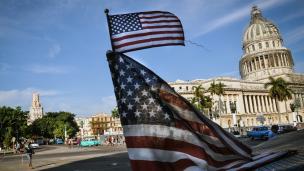 A Caribbean Policy for the Trump Administration
By Richard Bernal
April 13, 2017
View all content by this expert