The Honorable Robert F. Hale is a senior adviser at the Center for Strategic and International Studies (CSIS). From 2009 until 2014, Mr. Hale served as comptroller and chief financial officer at the Department of Defense. During those years, he managed $600 billion budgets in time of war and oversaw the Department’s efforts to minimize problems caused by the 2013 sequestration and government shutdown. From 1994 to 2001, Mr. Hale served as the head of Air Force financial management. Mr. Hale also spent 12 years as head of the defense group at the Congressional Budget Office. He was the executive director of the American Society of Military Comptrollers and held analytic and management positions at LMI government consulting and the Center for Naval Analyses. Early in his career he served as a U.S. Navy officer. Today, he works part time as a senior executive adviser at Booz Allen Hamilton.

Mr. Hale served as a commissioner on the National Commission on the Future of the Army and is a past member of the Defense Business Board. Since 2001 he has been a fellow in the National Academy of Public Administration. Mr. Hale holds an MS and a BS with honors from Stanford University and an MBA from George Washington University. He has received numerous awards from the Defense Department and federal government for distinguished public service including the Department of Defense Medal for Distinguished Public Service, the Joint Distinguished Civilian Service Award from the Chairman of the Joint Chiefs of Staff, and a joint award from the Government Accountability Office, Office of Management and Budget, and Department of the Treasury for distinguished lifetime accomplishments in federal financial management. 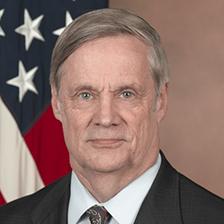 Most Recent From Robert F. Hale 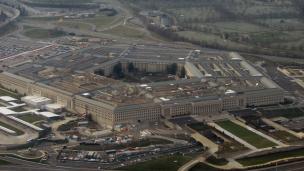 Financing the Fight
By Robert F. Hale
November 2, 2021
View all content by this expert