Robert L. Thompson is professor emeritus at the University of Illinois at Urbana-Champaign, where he held the Gardner Endowed Chair in Agricultural Policy. He is also senior fellow in global agricultural development and food security with the Chicago Council on Global Affairs and serves on the Land O’Lakes board of directors, Nestlé’s Creating Shared Value Advisory Council, the board of the International Food Information Council Foundation, and the Center for Strategic and International Studies’ Global Food Security Advisory Group. Dr. Thompson is chairman emeritus of the International Food and Agricultural Trade Policy Council and formerly served on the U.S. Department of Agriculture–U.S. Trade Representative Agricultural Policy Advisory Committee for Trade. From 2011 to 2015, he was a visiting scholar at Johns Hopkins University’s Paul H. Nitze School of Advanced International Studies in Washington, D.C. Earlier, Dr. Thompson served as director of rural development and senior adviser for agricultural trade policy at the World Bank (1998-2002); president and CEO of the Winrock International Institute for Agricultural Development (1993-1998); dean of agriculture (1987-1993) and professor of agricultural economics (1974-1993) at Purdue University; assistant secretary for economics at the U.S. Department of Agriculture (1985-1987); and senior staff economist for food and agriculture at the President's Council of Economic Advisers (1983-1985). Dr. Thompson, who received his B.S. degree from Cornell University and his M.S. and Ph.D. degrees from Purdue University, holds honorary doctorates from the Pennsylvania State University and Dalhousie University (Canada). He is a fellow of the American Agricultural Economics Association and the American Association for the Advancement of Science and a foreign member of the Royal Swedish Academy of Agriculture and Forestry and the Ukrainian Academy of Agricultural Sciences. He is a former president of the International Association of Agricultural Economists. In January 2011, the American Farm Bureau Federation presented him with its highest honor, the Distinguished Service to Agriculture Award. Dr. Thompson has extensive international experience and has lectured, consulted, or conducted research in more than 90 countries worldwide, including extended periods in Denmark, Laos, and Brazil. 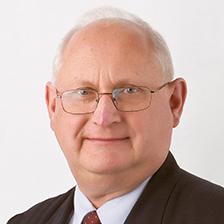