Robert S. Wang is a senior associate with the Center for Strategic and International Studies (CSIS) and an adjunct professor at the Georgetown University School of Foreign Service (SFS). He was a career foreign service officer in the U.S. Department of State from 1984-2016. Bob last served as the U.S. senior official for the Asia-Pacific Economic Cooperation (APEC) from 2013-2015 and as the deputy chief of mission at the U.S. Embassy in Beijing from 2011-2013. He was a senior adviser at Covington & Burling LLP from 2016-18 and a visiting fellow with the Freeman Chair in China Studies at CSIS from 2009-2010. 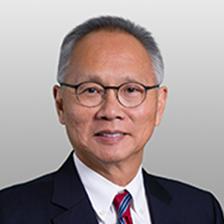 Most Recent From Robert Wang

Biden Trip Shows U.S. Still Engaged in Asia Despite Ukraine
Taiwan Plus | James Chater, Sheng Lin
May 26, 2022
View all content by this expert