Salvador Stadthagen is a non-resident senior associate at the Center for Strategic and International Studies. He has over 35 years of experience working in government, international development and cooperation, and the private sector. Mr. Stadthagen entered the foreign service of Nicaragua in 1990, developing a diplomatic and international cooperation career that took him from overseeing the Embassy of Nicaragua in Japan to becoming ambassador to Taiwan (ROC), secretary for international cooperation and economic relations, and deputy minister of foreign affairs, before concluding his diplomatic career in 2006 after serving as ambassador to the United States and to Canada (concurrent). Mr. Stadthagen currently oversees LAC strategy at Creative Associates International. His work at Creative Associates International has included starting up and directing its Regional Youth Alliance USAID-SICA (Alianza Joven Regional, or AJR) project based in El Salvador, the first USAID-funded project focusing exclusively on violence prevention, leading it until 2010. He also served as AJR’s country director for Honduras from 2010 to 2011 and led the Alianza Joven Honduras-USAID project as chief of party from 2012 to 2017, developing over 100 public-private alliances and generating over $10.5 million in leverage contributions while bringing prevention services and benefits to over 38,000 vulnerable children and youth. Mr. Stadthagen holds a BS in business administration from American University (Washington, D.C.) and an MPA in public policy from Harvard University, and he studied several years of law in his native Nicaragua. 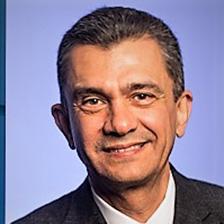